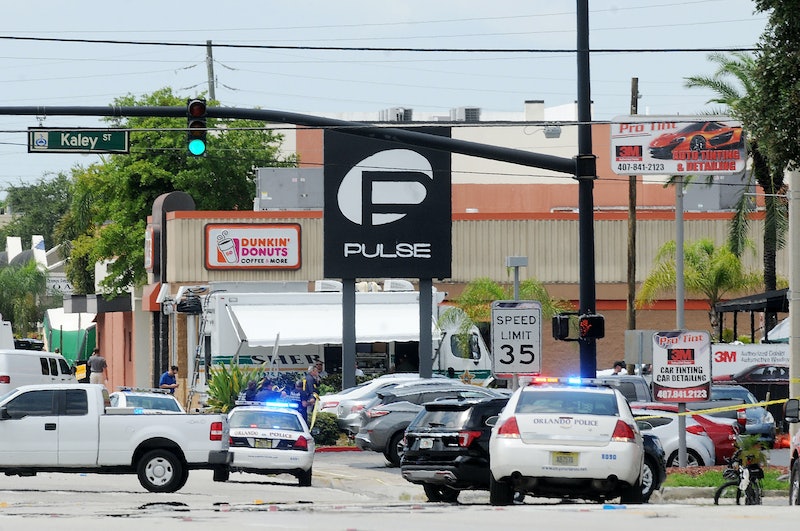 If you're feeling helpless and hopeless about the tragic mass shooting at Pulse nightclub in Orlando, Florida, a victim fund has been set up to support the victims, and you can contribute. How to donate to the Orlando victims fund is simple, and currently, the goal is to get to $500K. In news that may raise your spirits and restore your faith in your fellow man, nearly $208K has been raised at press time, and the page has been shared thousands of times, only a handful of hours into the campaign.

According to the GoFundMe page, the fund was set up by Florida's LGBT Civil Rights organization, Equality Florida. As per the donation page, Equality Florida released the below statement about the Orlando nightclub shooting massacre, which not only includes the organization's feelings on what happened, but highlights the importance of gay clubs in the LGBT community. Read it below:

We are reeling from the tragic news that a gunman opened fire on the 2am capacity crowd at Pulse leaving 50 people dead and over 50 injured according to Orlando Mayor Buddy Dyer. We are heartbroken and angry that senseless violence has once again destroyed lives in our state and in our country.

Gay clubs hold a significant place in LGBTQ history. They were often the only safe gathering place and this horrific act strikes directly at our sense of safety. June commemorates our community standing up to anti-LGBTQ violence at the Stonewall Inn, the nightclub that has become the first LGBTQ site recognized as a national monument

We have received a steady stream of emails and messages from those seeking to help or to make sense of the senseless. We make no assumptions on motive. We will await the details in tears of sadness and anger. We stand in solidarity and keep our thoughts on all whose lives have been lost or altered forever in this tragedy.

In order to donate to the fund, all you have to do is go to the "Support Victims of Pulse Shooting" GoFundMe page, and click "Donate now" on the righthand side of the page. If you can't help financially, but still want to contribute in someway, Equality Florida encourages sharing the page on social media for others to see. In order to do this, you can click on the "Share on Facebook" button directly beneath the "Donate Now" button. There is also a "Tweet" button for those who aren't on Facebook or prefer to share it on Twitter or on both platforms.

Whether it's raising money or helping to raising awareness for the page, any little bit you do can provide significant aid.