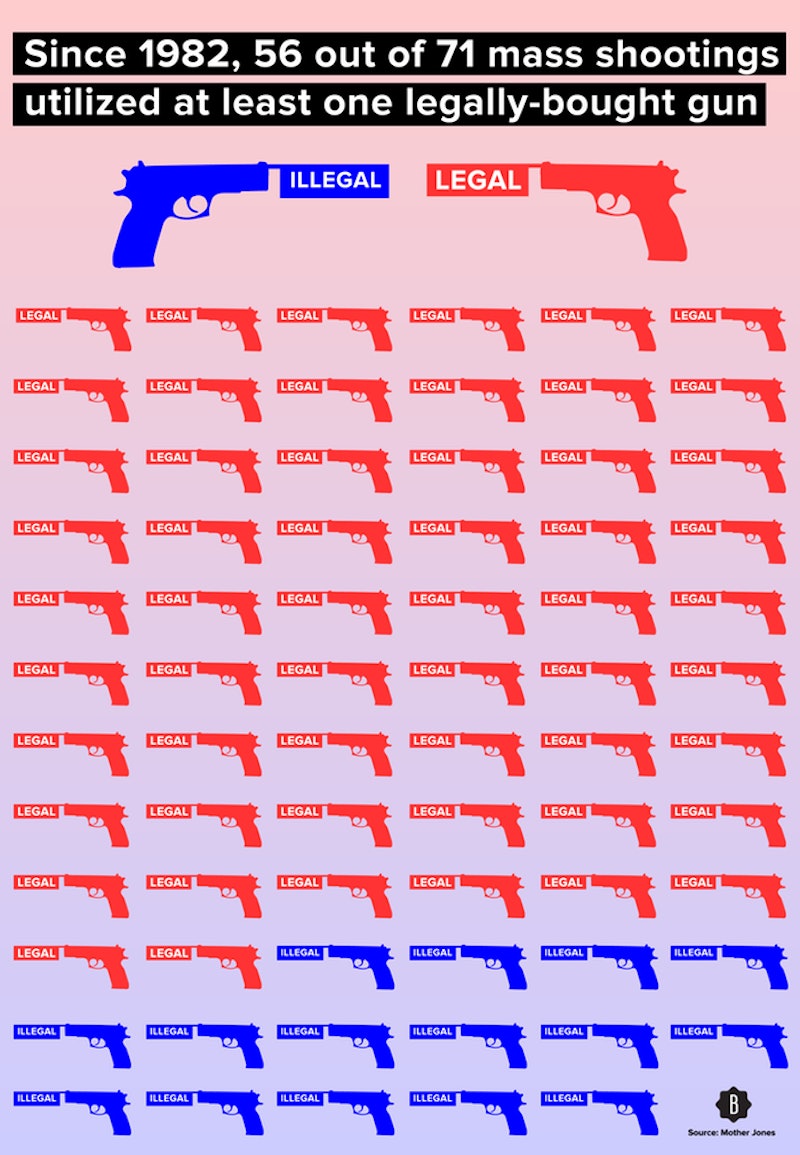 Earlier: Early Sunday morning, a mass shooting at the Orlando, Florida nightclub Pulse left 50 people dead and over 50 hospitalized, making the massacre the most deadly mass shooting in American history. Previously, the worst mass shooting in the U.S. was the 2007 Virginia Tech shooting, which left 32 people dead and 17 injured. We're not entirely sure at this point whether this was a hate crime against the people at the gay nightclub, and/or simply an act of random terror. Though ISIS has now claimed responsibility for the attack, the identified shooter's father did tell NBC News that his son had been upset after seeing two gay men kissing in Miami a few months ago.

House Intelligence Committee ranking member Rep. Adam Schiff said in a statement that, “The fact that this shooting took place during Ramadan and that ISIS leadership in Raqqa has been urging attacks during this time, that the target was an LGBT night club during Pride, and — if accurate — that according to local law enforcement the shooter declared his allegiance to ISIS, indicates an ISIS-inspired act of terrorism," Schiff said.

As the details become more clear in the coming hours, what we do know is this: gun violence is America isn't getting any better. Last year, 2015, saw 372 mass shootings in the U.S. alone; this year, we're on track to potentially match or surpass that number — The Gun Violence Archive reports that there have been 133 mass shootings in 2016 already. Our legislation needs to catch up: though Obama passed a series of executive orders to curb gun violence earlier this year, comprehensive gun control legislation has continued to fail to pass Congress. Here are 11 infographics that represent just how messed up America's relationships with gun violence remains in the face of their inaction.