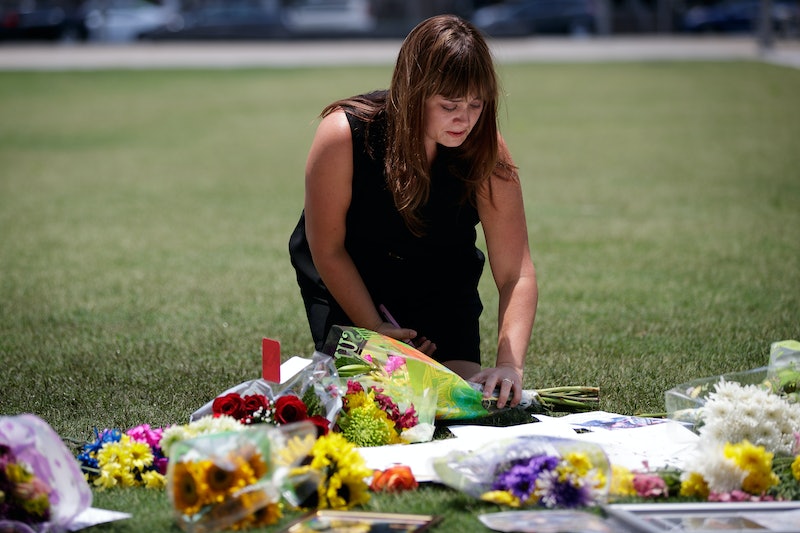 As the nation struggles to cope with Sunday's horrific attack on a gay nightclub in Orlando, families of the 49 people killed in what is now considered the worst mass shooting in U.S. history must face a future without some of their dearest loved ones. As Orlando officials contact the next of kin of the victims, they're making their names and ages known on the city website. According to the Orlando Sentinel, the youngest victim listed thus far is Orlando native Jason Benjamin Josaphat, age 19.

His uncle, Chris Long, told the Orlando Sentinel that Josaphat was taking classes at Valencia College and studying computer science. "Never once has he ever shown any type of rage or anger. He was just high on life," Long said. "He was loved very much by his family." Josaphat's aunt, Josette Desile, told the Orlando Sentinel, "He was always helpful, always willing to help someone in need."

Desile recounted to the Orlando Sentinel that Josaphat called his mother, Myrlande Bebe, when the attack on Pulse started in the early hours of Sunday. Bebe kept him on the line while she called 911. "She [Bebe] said she heard the shots getting closer," Desile said.

Long described to the Orlando Sentinel the shock and pain the family is feeling right now:

Everybody is just very, very hurt... You never think it would be you until it is, until it happens to one of your family members.

In addition to his parents, Bebe and Jackson Josaphat, the 19-year-old student leaves behind two brothers and a sister.

The majority of the victims identified are in their 20s and 30s, their age only adding to the tragedy of the devastating attack. The list includes people of all sexes, orientations, and backgrounds.

ISIS claimed responsibility for the mass shooting. The gunman professed his loyalty to the leader of ISIS when he called 911 and spoke to dispatchers during the attack, FBI Director James Comey confirmed during a news conference on Monday. Comey refused to name the attacker: "Part of what motivates sick people to do this kind of thing is some twisted notion of fame or glory. And I don't want to be part of that, for the sake of the victims and their families."

Deputy Attorney General Sally Yates also spoke during that news conference and called the devastating shooting "an attack on who we are as a nation."