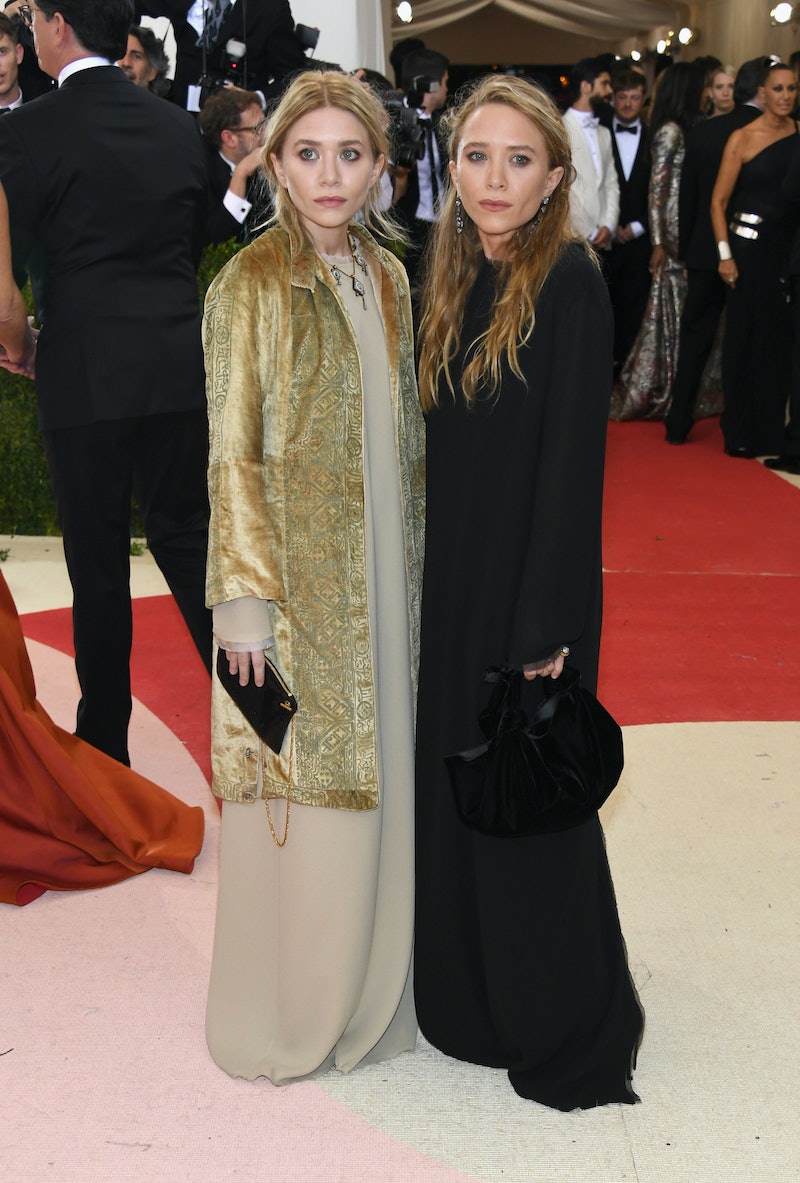 In case you're off your celeb stalking game, your should know it's Mary Kate and Ashley's birthday today. In fact, it's the Olsen twins' 30th birthday. Because the Olsens have been on TV since they were wee little lumps of pre-one-year-old human cuteness, it's really the world's 30th anniversary with them, too. So, Happy 30 years of Olsen, America. In their short 30 years, the Olsens have provided us with hundreds of hours of VHS entertainment, multiple clothing collections, video games, and thousands of editorial and paparazzi images for us to plaster our lockers, bedroom doors and hell — who are we kidding, adult walls with.

Their clever humor raised us and their now chic sophistication inspires us to be the most badass boss ladies we can be. Coming from child stardom, it's wasn't easy for the twins to establish themselves as serious business women. The world was waiting for them to mess up or fall down a rabbit hole or create a line that was sub-par, and they did the opposite. They stayed out of the spotlight, they led normal lives, and created a huge fashion empire that has allowed them to transcend beyond their Hollywood years.

I never thought I'd be saying this in my adult life, but I think it's safe to say they've proved themselves to be worthy role models across the board. So today, in their honor, the e-commerce site Lyst has immortalized the Olsens in a gorgeously illustrated GIF, highlighting their greatest fashion hits from tweens to queens. Some highlights include:

A classic. This movie is still one of my favorites, all these years later. They really nailed that scrappy, all-American kid at camp look.

This movie was everything. They debuted their tinted classes and messy Meg Ryan-esque pony tails and made us all feel a little bit more adventurous with our middle school fashion confidence.

Oh yeah, remember that time they made to-go coffee cups a must-have fashion accessory? When the Olsen's moved to LA, they started a style revolution — it was the anti-style, and it was everything.

Here Come The (Wo)men In Black

As they got older, they started to take their fashion more seriously. When they showed up at NY Fashion Week in head-to-toe chic vibes, the fashion world took note. They were not longer experimenting with dress up, they were showing off who they had already become.

The Olsens are so down to Earth that it's always a surprise when they show up somewhere, even when they were invited. While everyone else at the Met Ball bared skin and crazy futuristic threads, the Olsens played it cool with their laid-back royalty vibes.

And here they are, in all 30 years of their glory: