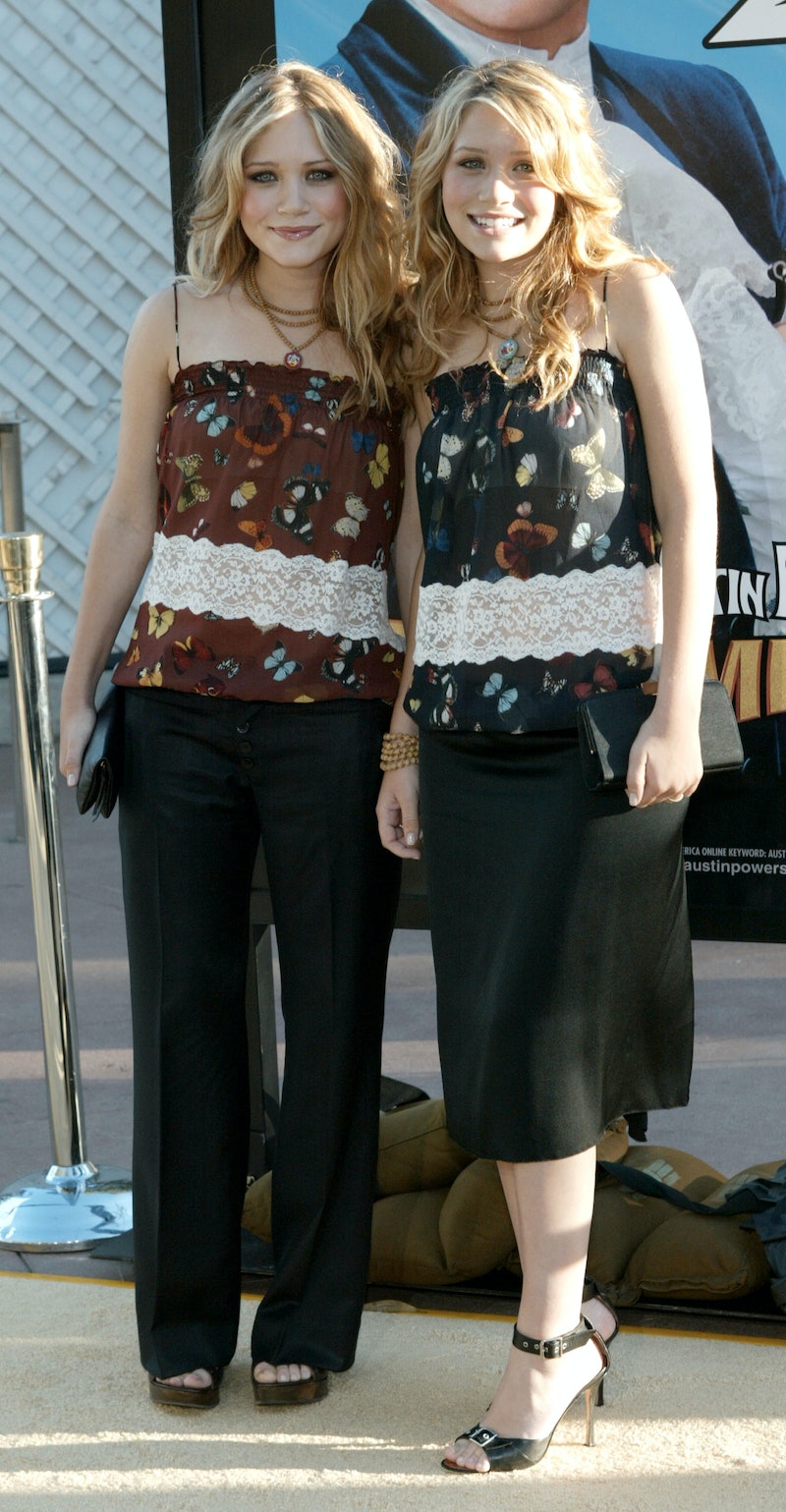 Since before they could walk (and before many even realized there were actually two of them on Full House), the Olsen twins have been killing the fashion game. And despite watching their styles grow and evolve through the myriad of movies and shows the girls starred in, there are some trends that Mary Kate and Ashley have never stopped wearing. With good reason too, as basically every sartorial choice was a winner.

Granted, I'm a little biased, having grown up watching every piece of media they ever produced. Ever. So even when their fashion choices "missed," I happen to think they still missed fabulously. I'll never be mad at them for taking a risk (looking at you, Mary Kate). Naturally, I'm also pretty glad that they never entirely move on from any statements they've made in the past. From To Grandmother's House We Go, to Two of a Kind, to So Little Time, to New York Minute (why did they stop making movies??), their productions were just as much about what they were wearing as what boys they were trying to mack on. And whether it's intentional or not, nods to their fashionable pasts have cropped up here and there along the way. Here are nine trends that the Olsen twins have never stopped (and never should stop) wearing:

You know you wanted a pair of these.

Granted, they're twins, and people just kind of expect twins to match in the early years. But I appreciate that the Olsens never gave it up.

It's pretty endearing, after all.

There's just something about all-black-everything.

And blue. Blue's good too.

"OK, Ashley, whenever we do the black-and-white thing, I'll take white and you take black, got it?"

Any style, every style.

Because this look always works.

Even though the twins mostly favor black, they still know how to add a pop of pattern here and there.

If anyone's style transcends time, it's Mary Kate and Ashley.