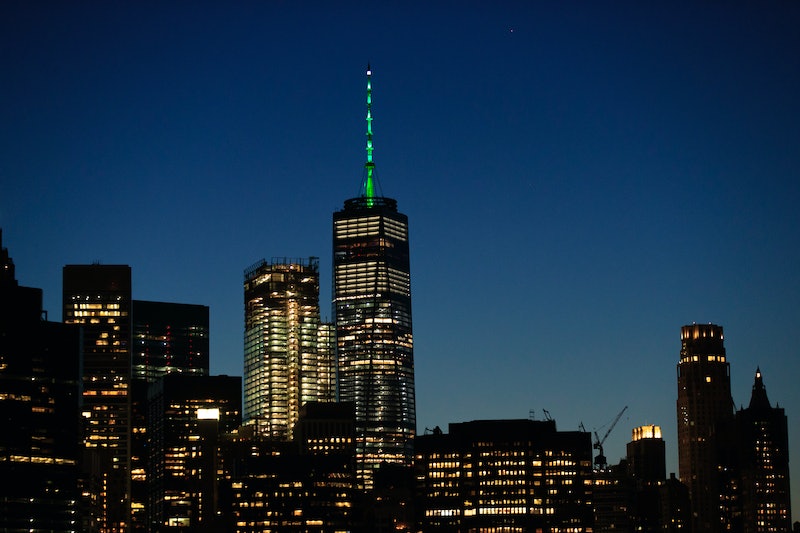 Look, I love New York City, but I will level with you: however glittery this metropolis seems at a distance, up close, it can be such a cesspool.

Like, one summer, two friends and I were strolling through Chinatown when a truck careened through a curbside puddle, splattering us all with warm garbage juice, some of which got in my friend's mouth. It was hard to watch. She's since moved to San Francisco.

So, now that we've established the utter rancidness of this fine concrete jungle, let's talk about the fact that, contributing to said rancidness, New Yorkers don't use condoms, apparently. Or, at least, 68.2 percent of NYC residents didn't wear a condom the last time they had sex. I mean, I understand that this Department of Health survey isn't strictly profiling some of your creepier Tinder suggestions — there are probably some people in there who are still having pretty responsible sex, and there are probably many members of that 68.2 percent who are in monogamous relationships where both partners have been tested. Still, just thinking about several thousand garbage-juice-mouth residents forgoing genital barriers in these very close-together apartments... I don't know, it concerns me.

For those of you using this as some kind of kinky tour guide, the survey says that Greenpoint, a kind of avant-garde Brooklyn neighborhood that I wish I were cool enough to live in, is the best place to go for some skin-on-skin action. Harlem, on the other hand, has been pretty good about donning the love-glove. So plan your weekends accordingly, I guess.

And, look, I get the appeal. Rather, I get that condoms sort of universally lack appeal as far as physical sensation goes (although you can sort of combat that blech-ness with really pretty, luxe condoms). Skin is nice, skin feels different, skin is, in some ways, more intimate. But you'd think that an urban population that tends to fret constantly and vocally about bedbugs and cockroaches and new indestructible breeds of cockroaches and JESUS WHY AM I EVEN LIVING HERE— you would think that they, of all people, would freak out about the viral possibilities and just suck it up and Saran Wrap every bit of junk that might be touching someone else's junk.