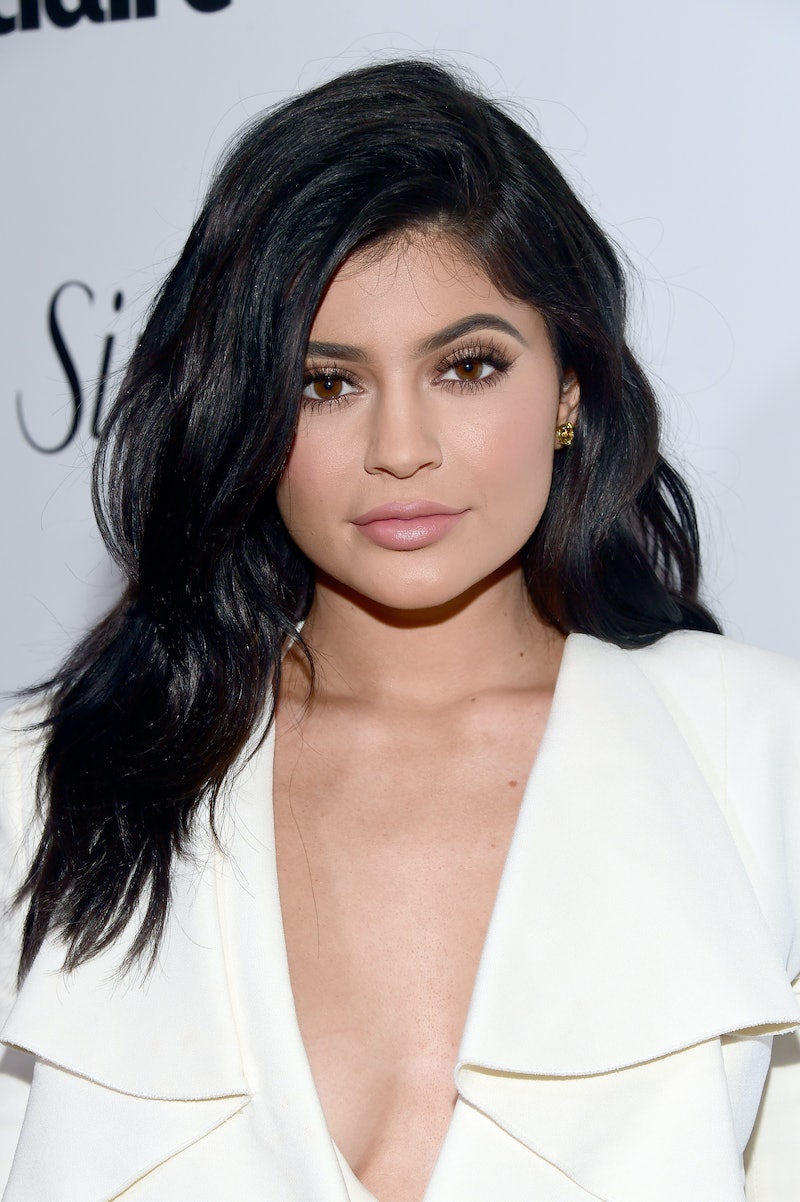 Hollywood's biggest hair chameleon has done it again! Kylie Jenner debuted a new 'do on Snapchat on Tuesday night that had everyone wondering — are Kylie Jenner's bangs real? In case you missed the new look on social media, let me break it down for you.

The 18-year-old took to Snapchat last night to document her brand new hair transformation, because it has been a while since she rocked something other than her natural dark locks. The videos revealed a deep teal shade that sort of resembled the one she sported way back in the day when she first experimented with blue hair. Along with the bold hair color came long wispy bangs that grazed the bridge of her nose, leading to a series of questions — is this the work of faux bangs in the form of clip-ins? are they part of a full-on wig? Or are they the real deal?

Given Kylie's affinity for wigs, it's pretty safe to assume those whimsical bangs are part of a teal-colored wig. In fact, earlier in her Snapchat story, Jenner gave fans a view of her vast wig collection, which included many she has worn in recent past including that peachy one she rocked at Coachella and the midnight blue style she wore to her Sugar Factory event.

Let's first take a look at her new blue hairdo.

I must say, bangs are a really good look on her.

Though she doesn't show the teal wig in this video, she writes "I'm going to do a throwback color today, can you guess what it is?" right after she flaunts all her wigs, basically referencing the teal wig that pays homage to the first color she experimented with.

All of her clues aside, this definitely looks like a wig, just by the hairline.

The new hue is a bit darker than this one she did in 2014, but I can see where her #throwback inspiration came from.