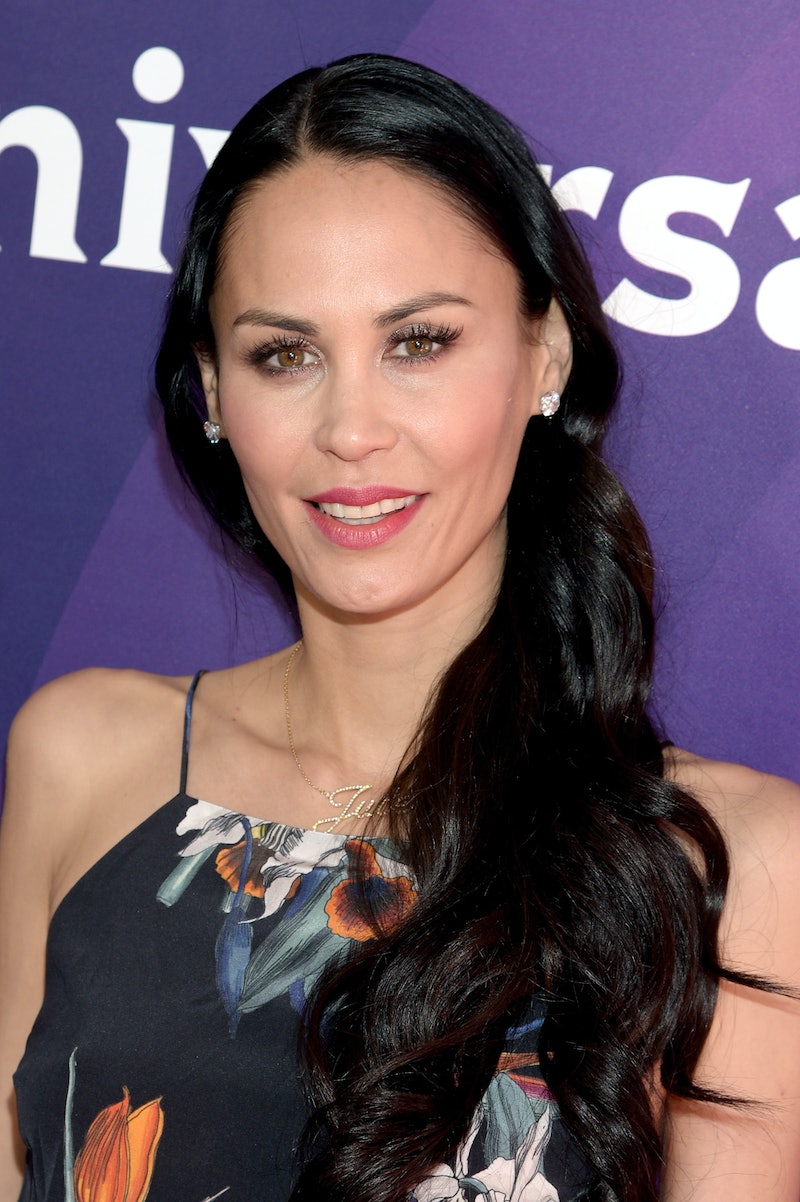 Heartbreaking news, Bravo fans. Real Housewives of New York City newbie Julianne "Jules" Wainstein and her husband Michael have reportedly filed for divorce, E! News reported on Wednesday, after eight years of marriage. An source told E!, "They were having issues before the show but I think pressure from filming clearly put a strain the marriage. It brought things to a head." If I had to guess, having to work through marital issues with a camera crew around is not the easiest feat. Bustle has reached out to Jules' rep for comment, but has not yet heard back.

Still, it's especially sad to hear, since RHONY fans may remember that Jules shared how she and her husband met during her very first episode. The story was of a serendipitous New York meeting, where she saw him while waiting outside a bistro and started talking to him. Just a few weeks later, they began living together — talk about a whirlwind romance, huh? A year and a half after that, they got engaged. Over the course of their marriage, the couple had two adorable children together, Rio and Jagger.

Jules hasn't commented on the divorce news yet, but her Instagram bio still lists "wife" as one of her various titles. Interestingly enough, Michael is notably absent from her more recent Instagram posts. Perhaps it was a clue all along.

Either way, it's sad news for the couple. Prior to this, she was the only RHONY cast member still married. Considering they've (unfortunately) been in the same boat before, hopefully she'll be able to lean on her co-stars for advice and support to get through the heartbreak, if the reports are true.