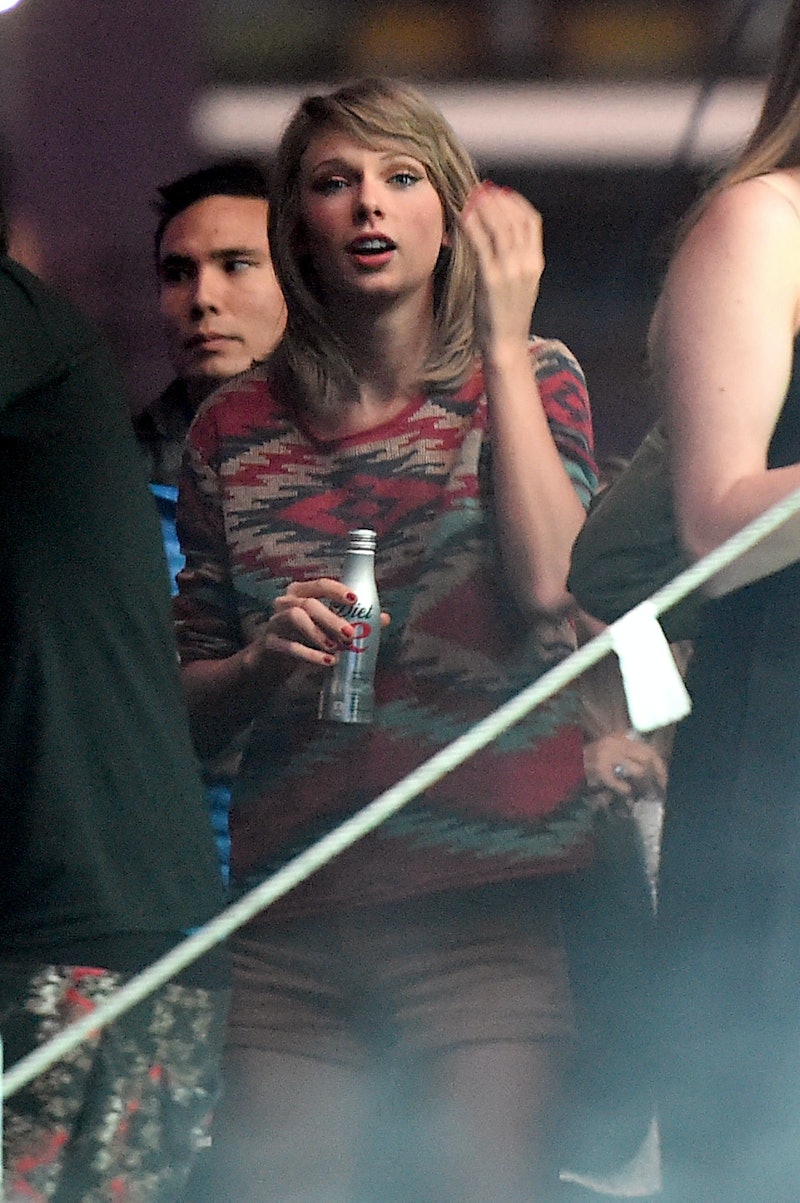 Years from now, your friends will ask you, "Where were you when you found out about Taylor Swift and Tom Hiddleston?" Right now, the world is in shock. As exclusive photos from The Sun appear to reveal that Taylor Swift and Tom Hiddleston are dating, eagle-eyed observers on Twitter noted that Swift's ex of just two weeks, Calvin Harris, had deleted a tweet about his breakup with Swift. "The only truth here is that a relationship came to an end & what remains is a huge amount of love and respect," the Tweet had read. It no longer exists.

Bustle has reached out to both Hiddleston and Swift's reps for comment — Swift's rep has yet to respond, while Hiddleston's rep had no comment.

That's not all. According to Mashable, Harris Tweeted just as The Sun report broke: "Oh boy it's about to go down," and three skull emojis. However, that Tweet exists now only in screenshots that some Twitter users are speculating could be doctored; now, Calvin Harris' Twitter page has absolutely no mention of Swift whatsoever.

Until Wednesday, all the world knew about Hiddleston and Swift was that they had danced together at the Met Ball.

We knew significantly more about the great love story that was Swift and Harris. They began dating in the spring of 2015, and split up earlier this month after 15 months together. It seemed amicable: "The only truth here is that a relationship came to an end & what remains is a huge amount of love and respect," according to a tweet penned by Harris himself.

Now, it's about to go down.

At the time, Swift had retweeted Harris' tweet, confirming that, yes, they had split amicably and were still #RelationshipGoals, albeit #EndOfRelationshipGoals. No more. Now, the world (and by the world, I mean me) has so many questions: How long has this been going on? They don't look like a couple who just went on their first date ever. First dates are awkward and weird. They look cozy and in love. But is it even real? Perhaps Taylor is shooting a film, or Hiddleston is starring in a music video after they met at the, well, Met Ball?

I have the feeling that Harris is asking himself those same questions.