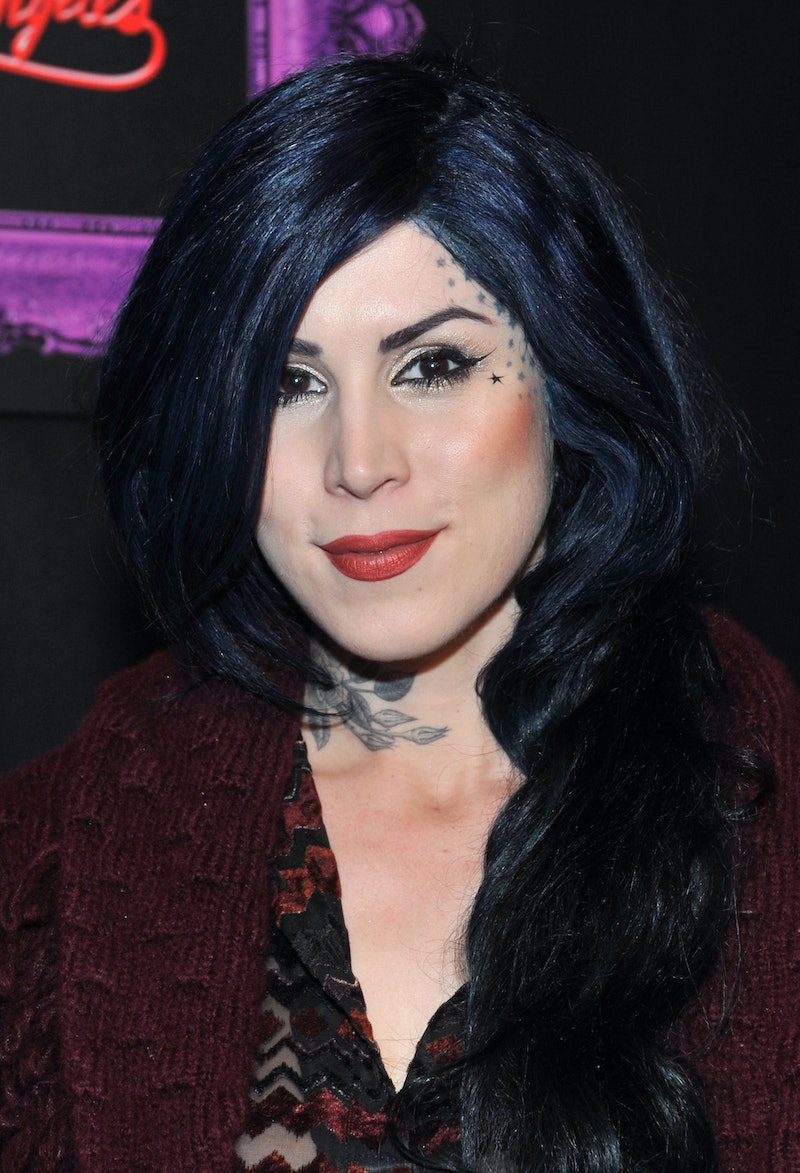 Ready for another launch? Kat Von D, the tattoo-artist-turned-beauty-and-makeup-icon, is releasing a new palette called Serpentina, and the colors are as dramatic as the name. If you're wondering when will Kat Von D's Serpentina eyeshadow come out, the answer will have you dipping into that wallet sooner than you think.

Kat Von D Beauty's Serpentina eyeshadow palette could be coming as early as July 5, according to Trend Mood's Instagram. According to the user's post, Serpentina will only be available online at sephora.com, but I anticipate its release in stores soon after, following the online release.

On the brand's Snapchat, hints about the palette names and colors are slowly being revealed. Names like Queen, Venom, Scarab, Nile, and Hieroglyph hint at rich, royal colors like copper, deep russet reds, and blues.

We know there are eight colors, two of which are mattes and six shimmer shades. A ninth product called Prophet is included, but it's unclear what exactly it is, based on the brand's reveals so far. What else do we know? How it's made. Kat Von D herself took to Twitter to make one thing very clear: The palette is entirely vegan, something she's valued in her line.

Based on the popularity of Kat Von D's contour palettes, past eyeshadows, and Everlasting Liquid Lipstick line, Serpentina is going to be amazing.

If you want to follow along with Kat's reveal, check out her Snapchat @katvondbeauty!