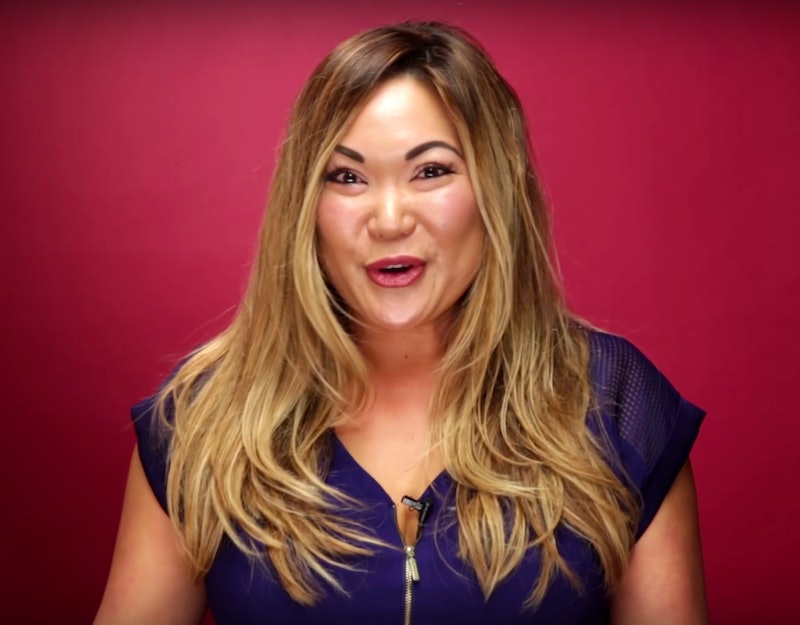 Egg freezing, a procedure in which a woman’s eggs are retrieved and frozen for later use, was only dubbed a mainstream fertility treatment in 2012, but even in that short time, it’s generated a lot of buzz. In a video for BuzzFeed, one woman shares her egg freezing story, explaining why she did it and what the process was like. Egg freezing is not for everyone — it’s crazy expensive, for one thing — but it’s a procedure that more and more women are considering as they look ahead to the future.

In the video, Jackie James, CEO of Girly Locker Room, talks about her decision to try egg freezing. “I never thought I would be somebody who would be interested in freezing my eggs,” she says. The unexpected death of her father, however, made her rethink her plans. “That changed everything,” she remarks. “It made me realize how important family is and although today I may not see myself having kids in this moment, maybe I’ll want that later. I would love to keep my options open.”

She scheduled an appointment to talk to a doctor about egg freezing. Though she hadn’t expected that she would start the process that day, it turned out that she happened to be at the perfect point in her menstrual cycle to begin the hormone therapy that leads up to the egg retrieval. So she went home with a giant pile of medications and started the process. “I was actually more excited about it than I thought I would be,” she remembers.

She says of the hormone therapy, “Basically, it’s like steroids for your eggs.” The hormones stimulate egg production, so that the doctor can harvest a bunch of eggs at the same time (rather than the single one that a woman would usually produce in a natural cycle). The treatment isn’t without side effects — the hormones can cause nausea, diarrhea, bloating, and “pain in the ovaries.” About 30 hours before the egg retrieval procedure, James says she had to give herself a trigger shot, a moment she describes as “pretty intense” (and which you will find absolutely horrifying if you’re afraid of needles).

For the procedure itself, James was put under anesthesia, and her doctor suctioned out the eggs and froze them. James’s physician was able to retrieve 20 eggs from her, a significantly higher number than is usual.

James says that in the days following the surgery, she “puffed up” and began gaining weight. “It sucked,” she remembers. “It was absolutely terrible.” She emphasizes that everyone will have different reactions to the egg freezing process. “For some people, freezing your eggs might be easy, lickety-split, no problem, I’m back to work the next day. For me personally, it was not that,” she says.

As more and more women look to egg freezing as a way to protect their future fertility, there’s been a lot of debate about the procedure — whether it’s worth the effort and money, and whether it’s as effective as many hope that it will be. Because it’s still a relatively new process, and a lot of women who have frozen eggs haven’t yet tried to thaw and use them, there isn’t a ton of data about egg freezing’s efficacy. Researchers estimate that about 5,000 babies have been born using frozen eggs. Using data about live births resulting from frozen eggs in 2012 and 2013, Time estimates a success rate of about 24 percent. That’s not nothing, but it’s certainly not a guarantee of success, either.

Women considering freezing their eggs should also think about the cost. According to Scientific American, the egg retrieval process costs around $10,000 on it's own. Storing the eggs costs another $1,000 every year, and thawing and using them costs another $5,000. That's a lot of money — especially when you take into account that most insurance companies won't cover egg freezing.

As James says, it’s important that women considering egg freezing get all the facts and make the right decisions for themselves as individuals: “Whatever you choose, let it be your choice, what’s right for you.”