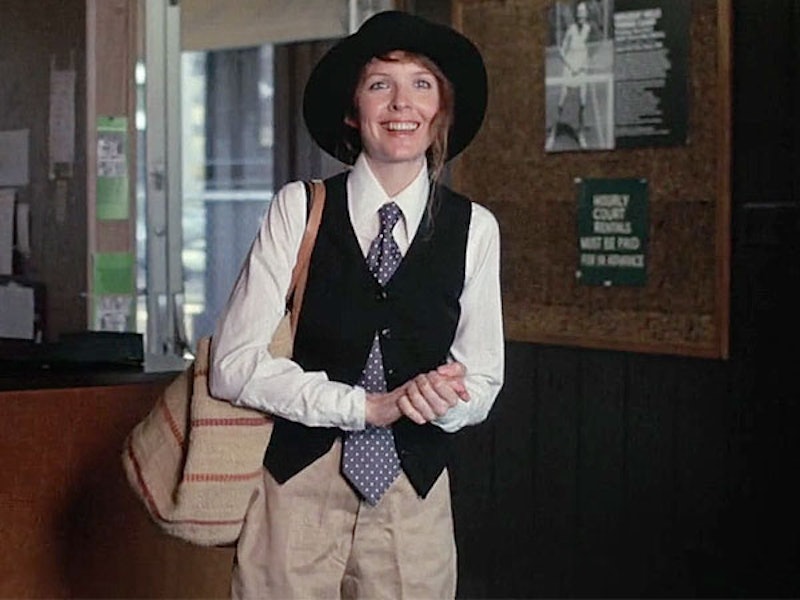 Celebs can have some downright entertaining and bizarre sartorial moments — here's looking at Lady Gaga's meat dress — but more times than not, they're dressed to impress. Over the past century, there have been plenty of timeless celebrity fashion moments: Ones that have inspired those watching at home to take notice and sigh; ones that inspire us to take our own risks with fashion.

For example, take Julia Roberts' Pretty Woman evening gown — the red one she wore when she tentatively reached out for her box of pearls — or Audrey Hepburn's Givenchy dress in Breakfast at Tiffany's. Both outfits have been seared into the public's sartorial memory, making the silhouettes iconic and the styles something of a goal. Just think: How many times have you been encouraged to buy a LBD in order to look chic and put together? Thanks to you, Hepburn.

But these two aren't the only style icons who brought forth unfailing styling ideas. From the 1930s to 2016, there have been countless celebrities to strut down red carpets and appear on our movie screens wearing looks that quickly turned into trends and solidified themselves into classics. Let's take a look at 13 timeless celeb fashion moments of the past century.

Most of us cinephiles know 1977's Annie Hall just by her silhouette: Baggy men's pants and a buttoned-up vest with a big floppy tie tucked into it. Throw in a wide brimmed hat and wind-blown hair that does what it wants and you have one of Woody Allen's greatest loves. But on top of that, you also have a timeless icon — Diane Keaton's "borrowed from the boys" look has spanned generations, from Katharine Hepburn's pant sets to the androgynous trend of 2015.

Most 20-somethings can likely agree that this 1992 Poison Ivy look captured the aura of their generation. From the denim cutoffs to the baggy leather jacket, Barrymore's edgy look can be equal parts 1950s greaser and noughties urban-chic. A leather jacket just never goes out of style.

Saldana is a red carpet style queen, but what makes her outfits so timeless is that they seem to span past, present, and future. For example, the prim design and pencil skirt length of her 2015 Guys Choice Awards ensemble tip their hats back to the 1950s, while the bold color is so very now, and the raised-shoulder and tall turtleneck silhouette have a futuristic vibe to them. Whether we're in the '40s or in 2016, this look works.

Glitz and glamour have a way of translating themselves into metallics, so Wilson's slinky evening gown from the 2015 American Music Awards is a total classic. The almost liquid-like material might remind you of your mom's old New Year's dresses from the '80s, but a silver look will always equal shindigs and champagne.

Skinny suits took over the fashion world in the '60s, where Madison men hurried to and from their Manhattan offices and liquid lunches. Page's skinny jeans, pristinely tailored jacket, and thin tie worn when she accepted the HRC's Vanguard Award in 2015 have been around for over 50 years and show no signs of fading.

While sheer fabrics might have a reputation for looking immodest or tricky to style, Berry's 2002 Oscar dress proved that all it takes is some experimenting. With the strategically-placed embroidered flowers and heavy satin skirt, her gown looked as tasteful and jaw-dropping as any other designer number on the red carpet that night. And the look continued, translating itself into the fast fashion see-through dresses, skirts, and shirts we have today.

Speaking of tea-length dresses, nobody pulls them off better than Adele herself. Tipping her hat to the likes of Doris Day and June Cleaver at the 2013 Grammys, her swinging skirts make me think of beehive hairdos and pillbox hats.

9. Audrey Hepburn In Her LBD

Ever since Hepburn slipped on that Givenchy number to eat croissants in front of Tiffany's in 1961, the world over had decided that a LBD should be in every woman's arsenal. Just try to read a "30 Things You Should Own By 30" list without seeing its mention in one of the bullet points.

Katharine Hepburn was one of the foremothers of androgynous fashion, often preferring to live her life out in pants rather than skirts. Vogue reported that Hepburn would go to great lengths to get her menswear from the '20s through the '60s, wearing things like "Brooks Brothers shirts bought from a secret girls-only counter at the back of the New York store." And her suit sets didn't become a thing of the past — just walk into any department store today and you'll see women's blazers and trousers aplenty.

Just look at Nyong'o at the 2016 Tony Awards as she evokes images of Old Hollywood sirens, walking down the red carpet with their lips red and their shoulders bare. Specifically, Marilyn Monroe was a complete fan of the silhouette, and Nyong'o looks every bit as classic and timeless here as the latter did 60 years back.

While Dietrich had a habit of shocking her audiences by coming on screen wearing top hats and cummerbunds in the '20s, the female tuxedo is still very much in vogue. From YSL making the first female tuxedo in the '60s to stars like Angelina Jolie and Janelle Monáe walking red carpets in them, the tux is every bit as a viable option as the evening gown.

The pencil skirt can help us emulate so many moods: A prim one set with a blazer can help exude power; a boldly-printed one grabs people's attention; and a quirky one can be every bit as playful and creative as a mini. Holliday's pencil skirt silhouette from the 2015 Dinner With A Cause gala has been in fashion since the 1930s, and it won't be seeing the back of a closet anytime soon.

While celebs might sometimes come out in quirky and wacky outfits, they definitely balance the scales with timeless, classic looks as well.