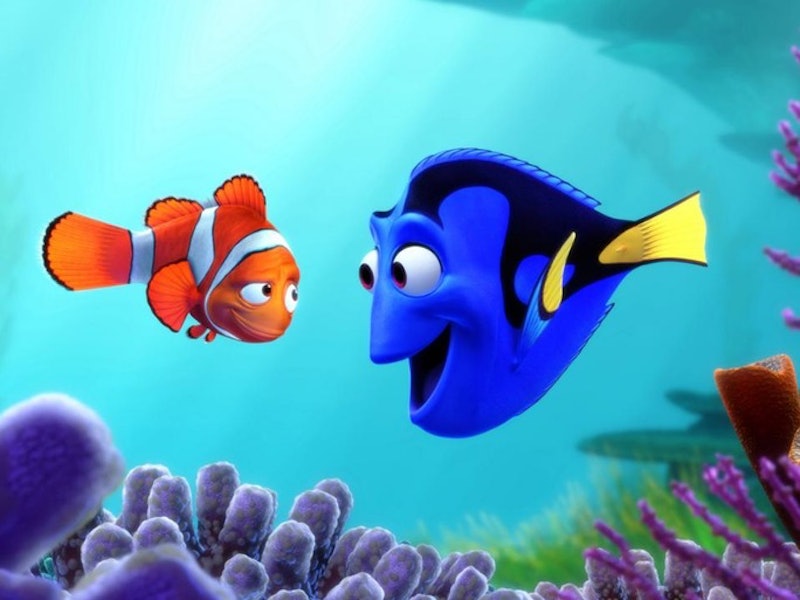 In news that is not remotely surprising, Finding Dory is breaking box office records left, right, and center. As The Wrap reports, the Finding Nemo sequel earned "$55 million on Friday for the biggest single day at the box office for an animated movie." Not only is this incredibly impressive, it shows just how loved Finding Nemo is, especially considering that the first movie came out in 2003 — that's 13 years ago! Despite the sequel taking so many years to come out, Disney-Pixar has proven once again that their characters have staying power. As we probably should have predicted, Finding Dory is already breaking records, because of course it is.

Undoubtedly, one of the contributing factors to Finding Dory's immense success is the fact that the movie opened in 4,305 theaters, which happens to be the largest ever for a Disney-Pixar film. As Deadline reported Saturday, the film is on track to have the "highest opening ever for an animated film with an estimated $140.6M stateside." If these predictions turn out to be true, then Finding Dory will easily steal the top spot from Shrek the Third, which currently holds the record for highest opening of an animated film, according to Box Office Mojo. It's lovely news that's more than a little impressive.

It's not just Friday's box office figures that are through the roof. According to The Wrap, Finding Dory had the biggest ever Thursday opening for an animated film too, bringing in "$9.2 million on Thursday, compared with the $6.2 million" that Minions opened with in 2015. Clearly, the anticipation has been steadily building for the long-awaited Disney-Pixar sequel, and fans are keen to see the film as soon as possible. The fact that Ellen DeGeneres voices Dory is also a pull, as the comedian has an extremely dedicated fan base, and has regularly discussed Finding Dory on her chat show since the sequel was first announced.

While we wait for weekend box office figures to come in, it's also worth noting that, as Deadline Hollywood reported, Dory "is the most liked individual character of any brand at The Walt Disney Company" and has "more than 25M likes on Facebook." That an animated fish could be so astronomically popular on the internet is as clear a sign as any that Finding Nemo needs to be made into a trilogy immediately. Dory is a legend in her own right, and soon she'll have the box office numbers to prove it.