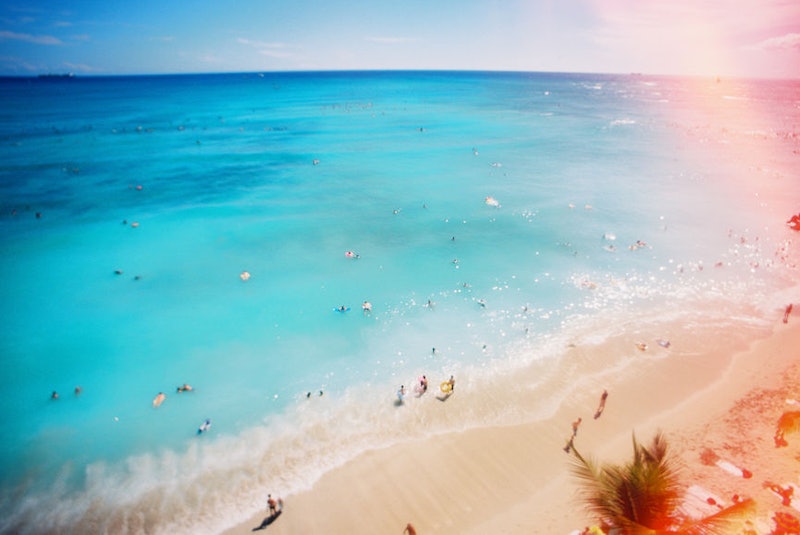 One of the best parts of summer, by far, is how late the sun sets. It makes you feel like there is so much more time in the day to get things done, see people, and just live your best life. Why do we celebrate the summer solstice? The extra long day only comes once a year, so you should probably take the time to celebrate it properly. Because once this day is over, we inch closer and closer to those dark and dreary winter days. The ones that cover the world in mucky misery at 4 p.m., and make you want to hibernate like a bear. And those are a monumental drag, no matter how much you love snow.

I used to think that this holiday was nothing more than a day to time the sun. I mean, sure, a late sunset is cool and all, but isn't it kind of like watching paint dry? I was wrong. So wrong. The summer solstice is an incredibly cool holiday, with science and history and a freaking strawberry moon — but more on that in a minute.

2. It's the Longest Day of the Year

No matter where you are, this will be the longest day of the year. But the number of hours during which you'll get sunshine will vary. The closer you live to the Arctic circle, the more hours of sunlight you'll get. So folks in the Southern states will get anywhere from 13 to 15 hours, while residents of Fairbanks, Alaska will get blasted with sunlight for a full 24 hours.

So, our big beautiful Earth orbits around the sun on a tilted axis. And during the warmer months, there's more exposure to direct sunlight during the Earth's orbit. The summer solstice technically occurs when the sun is 23.5 degrees north latitude, and this year, that will take place at 6:34 p.m. EST.

4. There's a Connection to Stonehenge

Stonehenge is the place to be for the summer solstice. (If you're not there now, maybe plan for next year.) People love it because it's the one day a year that the sun reaches the middle of the stones and shines on the central altar.

5. There Will Be a Strawberry Moon

If you don't care so much for all the cool stuff above, then at least celebrate the summer solstice because it makes you feel young again. When the sun takes forever to set, it feels like the day will last forever, and then you think that maybe it will. And maybe you're gonna live forever. So get wild, BB.

More like this
Why Experts Say Sleeping With A Fan On Isn’t Totally Risk-Free
By Sophie McEvoy
22 Movies On Netflix That Are Perfect For The Whole Family
By Bustle Editors
The 6 Best UV Umbrellas, According To A Dermatologist
By Rachael Green
The 8 Best Indoor Door Mats For Your Home
By Jenny White
Get Even More From Bustle — Sign Up For The Newsletter