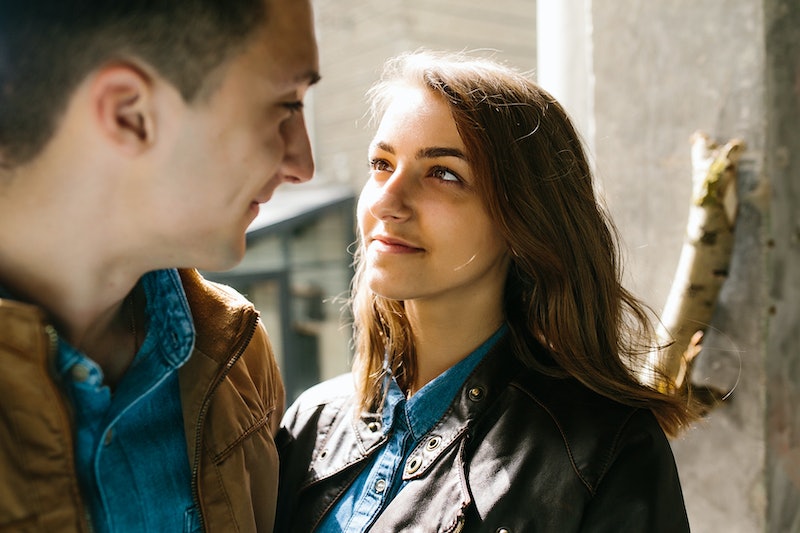 I’ve been thinking a lot lately about the ways that romantic relationships change us. I don’t mean, of course, who we are at our core — that’s something that I’m still convinced is hard if not impossible to change — but rather the ways we interact with the world, the ways we interact with ourselves, and the ways we think about both of those things. I’ll be 30 next year and it’s fascinating to look at my dating history, which now spans half of my life, and see the ways that each partner has changed me.

This fact has become particularly stark to me as I watch a good friend navigate being single for the first time in his adult life. He and his ex got together at 16 and were together for a decade, something almost unheard of in this day and age. When they were still dating, the fact that they’d grown up together was a big part of their legend but now that they’re single, I’m realizing that their relationship could have hindered their growth in a lot of ways. They simply didn’t go through many of the milestones that most of us go through in our twenties — including heartbreak and what that does to you — and they’ve both grown in leaps and bounds since breaking up.

So I think that cycle of falling in love/falling out of love/heartbreak can be one of the essential things that help us transition from childhood to adulthood, a process that is way more complicated and drawn out than I would ever have believed when I started dating at 15. Here are six ways that dating helps you become a grown-up.

1. You Have To Pay Attention To Someone Else’s Needs

Kids don’t have to care about other people. You can scream when you want food, fall asleep whenever and wherever you’re tired, and kick your friends in the shin with minimal consequences. Even teenagers are able to be largely self-centered but as soon as you have a romantic partner, you suddenly are required to think about someone else’s needs in a way you never did before.

You learn how to compromise; how to fight differently; how to sleep on one side of the bed instead of directly in the middle. The first time you do something that truly devastates a person you love and you see that look on their face, you learn that your actions have consequences. Dating helps us realize that there are other human beings existing in the world with their own feelings and needs that are just as important as ours are and that’s probably the most grown-up thing we can know.

One thing I’ve noticed since my friend broke up with his decade-long girlfriend is that his apartment is much, much cleaner. Contrary to sexist stereotypes about bachelors, this young man is paying much more attention to things like cleaning out the kitty litter, changing the sheets, and washing the dishes. My theory is that up until now he’s never been faced with the look of disgust on the face of someone he wants to have sex when they smell his week-old cat box. No one ever said to him, “Wash your sheets or I won’t f*ck you,” because he and his ex got together back when they were filthy teenagers. Dating is making him learn how keep house like a grown-up.

3. You Grow Based On Feedback

I used to be really, really nasty in the morning before my coffee and breakfast kicked in. I chalked it up to my dad’s example — he literally won’t talk for the first hour after waking up, because anything that does come out of his mouth will be mean — but my boyfriend at the time made it really clear to me that it wasn’t OK for me to treat him that way. I worked on it, changed my behavior, and my current partner can’t stand how chatty and nice I am in the mornings. (I’m totally OK with it.)

4. Dating Exposes You To New Things And People

Growing up isn’t just about personality changes, though. It’s also about exploring the world around you and learning new things, even once you’ve finished school. New romantic partners introduce us to everything from new friends to new places to hang out to new countries, because we want to meet their friends and do the things they want to do.

I met my current partner in Chile three and a half years ago. I was planning on staying there for an indefinite amount of time, helping a friend turn her property into a permaculture center. But when my boyfriend asked me to leave Chile and travel the world with him instead, I jumped at the opportunity. Since then, I’ve been to more than 20 countries, something I know for a fact I wouldn’t have done on my own, simply because I hate travel logistics.

5. You Learn How To Fight

Most of us learn how to fight from our parents, to mixed results. Some people have great examples of healthy communication and fighting and others, well, don’t. But even if your parents are the best communicators in the world, you’re going to have to adapt to a new partner’s fighting style and needs. Ideally you both teach each other how to be more respectful and better at fighting, an essential skill for any grown-up.

6. It Makes You Resilient

The first time my heart broke, I honestly thought I was going to die. The second time, I knew I’d live but was pretty sure I’d never love again. There’s nothing that can teach you that you can survive even the worst emotional pain like having your heart shattered into a million pieces and then having to rebuild it again. The cycle of heart break is the absolute worst but it does make all of us stronger, every time.