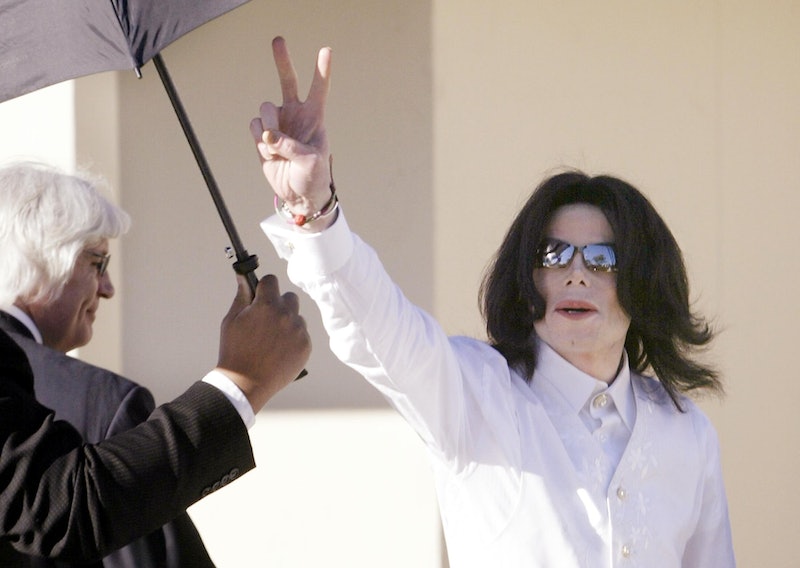 The mind behind Star Trek Into Darkness and Star Wars: The Force Awakens is taking on a story far more based in reality than his space adventures. According to IndieWire, J.J. Abrams' production company Bad Robot is developing a new event series based on American pop icon, Michael Jackson — but it won't be a story about his rise to fame with the Jackson 5, his years serving the world as the "King Of Pop," or even his highly public 2005 trial in which Jackson was ultimately found not guilty of child molestation. Instead the TV series — which has not been sold to a network yet — will be about the late singer's final months, and it's a version of Jackson's story that the public has yet to see visualized.

According to IndieWire, the new project is based on Travis Smiley and David Ritz's nonfiction book Before You Judge Me: The Triumph and Tragedy of Michael Jackson’s Last Days. The book chronicles the months leading up to the death of Jackson, and, according to attached studio Warner Bros., “examines the soaring highs and deep lows faced by the late pop star." Though it's not clear yet what the new Bad Robot series will focus on regarding Jackson's death, it could dive into the controversial medical treatment the singer received during the last few months of his life.

The 50-year-old Jackson died following cardiac arrest on June 25, 2009, and his death was met with great controversy as Jackson's doctor Dr. Conrad Murray was convicted of involuntary manslaughter for giving Jackson a fatal dose of propofol prior to his death, reports the The Los Angeles Times. Jackson's mother and children filed against entertainment giant AEG, who was promoting Jackson's comeback tour, for negligently hiring and supervising Murray, alleging that Murray did the company's bidding by "pushing the entertainer to perform despite his frail health," according to The Los Angeles Times. Ultimately, AEG was found not liable in the wrongful death case.

Jackson is certainly a controversial figure in his own right, but his death is one side of the singer that few visual portrayals of the star have really explored. This series has the opportunity to tell a devastating story about the end of this singer's life, and though Jackson was a complicated figure, it's hard not to be fascinated by this aspect of his shortened life.