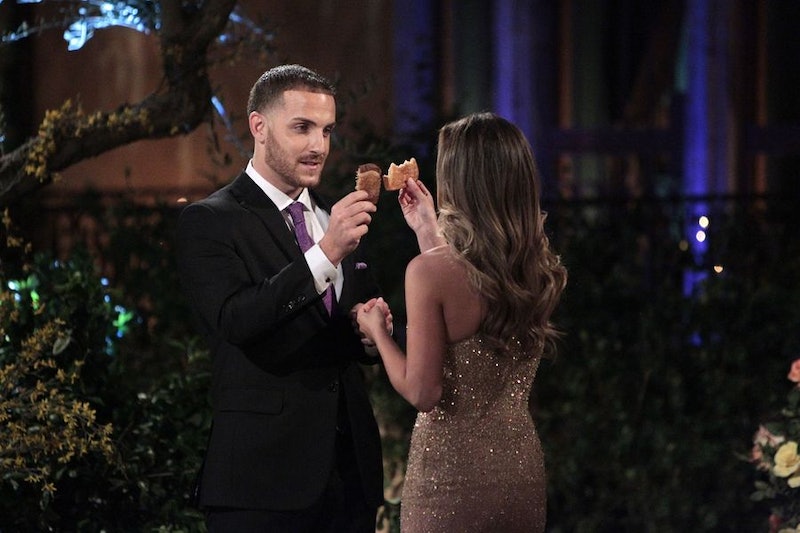 We’re still at the point during a Bachelorette season where I’m not sure who everyone is. There. I said it. There are just a lot of guys with big hair, and I can’t tell them apart, okay? I’m not even sure that JoJo can. One guy that I can tell apart, though, is Vinny, or as I like to call him “the new Mikey T.” This Italian stallion is a barber who lives in Florida, but there’s so much more to him that that. Who is Vinny on The Bachelorette ?

I’m surprised Vinny is still on the show, to be honest, not because he’s lame or anything like that, but because he won the award of being the drunkest guy on night one of the show. Usually, that guy is bounced out of the mansion tout suite. But I think everyone was focused on the Chad craziness, and Vinny got a second chance. According to his ABC.com bio, Vinny is a barber who has no tattoos because his mother “would kill [him].” Cute, huh? He also loves A Bronx Tale, had frosted tips like Justin Timberlake, and cooks Italian food. He is every guy I grew up with during my Long Island adolescence, and I love it. Vinny is sweet, handsome, and he won’t use turkey in his meatloaf. A man after my own heart.

But will he make it to the end? I’m not really sure. Vinny has flown under the radar so far – he’s not controversial, but he’s not boring, either. He must have something that keeps JoJo coming back for him, right? Honestly, I don’t know if he’s enough of a bad boy to keep JoJo’s interest. She seems to like the guys who have an edge, and the only edges Vinny has are the ones he shaves into his clients’ haircuts. But stranger things have happened — I’m pulling for you, Vinny!