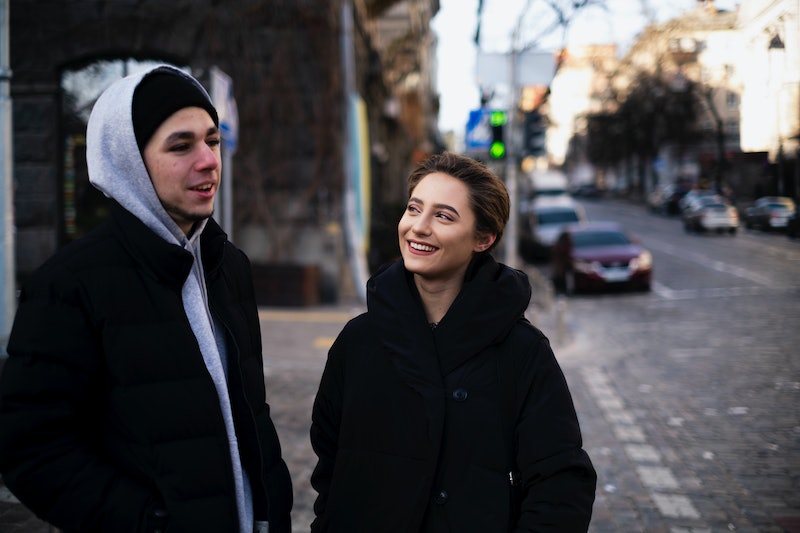 Feminism often focuses on women's rights in politics, the workplace, and other public spheres, and while all of that is obviously important, equally essential to gender equality are all the things women deserve in relationships. After all, our relationships drastically impact all these other areas of our lives, as well as, ultimately, our wellbeing. And as it stands, gender inequality often leaves women shortchanged in their personal lives.

Perhaps because feminism is often considered solely a large-scale issue, relationships seem to be one area that's often lagging behind for women. According to a survey by the Working Mother Research Institute, for example, women are more likely than men to do the cooking, laundry, childcare, and other chores in their relationships. Meanwhile, in their sexual relationships, women are less likely to receive oral sex, according to a study in the Canadian Journal of Human Sexuality, and less likely to have orgasms in heterosexual encounters, according to another study in the Journal of Sexual Medicine.

Giving that these relationship inequalities are the norm, it's easy for women to forget that they deserve as much as their partners do in their relationships. So, here are some things that women should be able to expect from their relationships, even if getting them is not depicted as the norm.

1. Respect For Their Professional Accomplishments

When you're infatuated with someone, it's easy to get caught up in physical attraction and neglect other aspects of a person — and women's personalities may be particularly overlooked due to the overemphasis placed on their looks and appearance in our society. Women deserve to feel like whole, complete people in their relationships, and part of that sense of completeness is that their partners respect and admire their accomplishments.

2. Clear Communication About The Physical Aspects Of A Relationship

Unfortunately, silence around sex is often depicted as the norm in our society. But in order to ensure that every sexual encounter you have with your partner is equally wanted by both parties, it's necessary to go against this norm. People deserve to have open discussions in advance with serious partners and casual partners alike about what they like sexually, how fast they want things to move, and what they are looking for. Consent still matters in the moment, too — and it is always, always OK for someone to press pause or rescind consent if they aren't feeling it anymore.

Your partner should understand that they're not the only person or priority in your life, and accordingly, they need to give you time for your friends, your work, and your own self-improvement (and you do for them, as well). Women often learn to define themselves by their relationships, but they are much more than that, and your partner shouldn't cause you to forget that.

4. Equal Give And Take

With regard to finances, emotional labor, sex, and everything else, what you put into a relationship should feel equal to what you get back. This doesn't have to mean tit for tat exactly — sometimes, for example, the person with more money might finance the majority of the dates, but the amount each person puts in will still feel comparable given what they have. Similarly, in the bedroom, you should feel like your partner cares about what you want as much as you care about what they want. Too often, women get the short end of the stick in this regard. And once you live together or have kids together, your partner should be willing to put as much labor into domestic tasks and childcare as you do.

5. The Space To Ask For All These Things

Your partner should not only be willing to provide these things for you, but also be willing to hear when they're not providing them and learn how they can improve. Even more empowering than having someone else meet your needs is getting them met yourself. But in order to do that, you need someone who's receptive to criticism and open to change. Even the most understanding partner in the world can't read your mind, so they have to be open to feedback and sympathetic when you provide it. And, again, it goes both ways — that's how a true partnership is built.