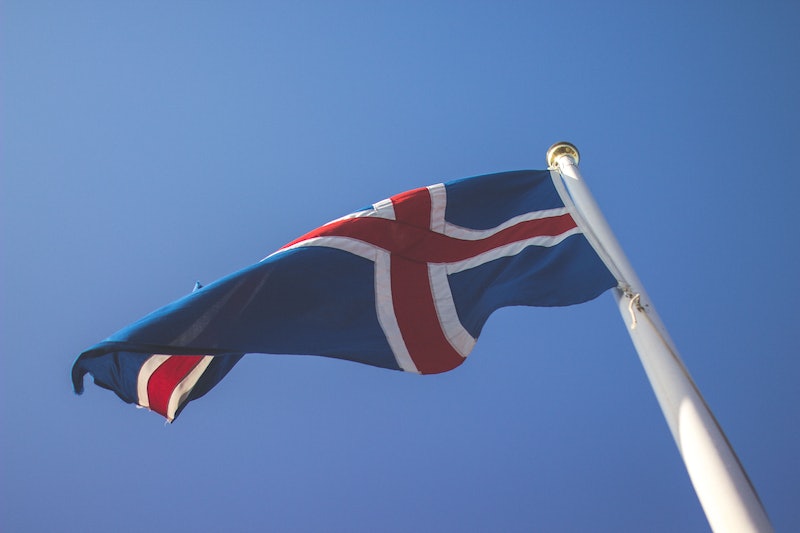 Given the state of the news lately, it’s easy to feel like the world is becoming increasingly dangerous — but how does that gut feeling relate to actual levels of peace across the globe? A 2016 study analyzed how peaceful different countries are, revealing that Iceland is the most peaceful country on the planet. Iceland also happens to be super pretty, and it’s on its way to closing the gender gap, so you may just want to pack your bags and set up camp in Reykjavik right now.

This year, the Institute of Economics and Peace released its tenth annual Global Peace Index, a report that measures levels of peacefulness in 163 countries, based on “23 qualitative and quantitative indicators,” including perceived criminality, levels of incarceration, violent crime levels, the impact of terrorism, numbers of displaced people, and money used to fund both the military and UN peacekeeping efforts. The study focuses on three major factors: “the level of safety ad security in society; the extent of domestic or international conflict; and the degree of militarization.”

For the sixth year running, Iceland won the title of “Most Peaceful Country in the World.” It was followed by Denmark, Austria, New Zealand, and Portugal. Out of 163 countries, the United States ranked 103 for peacefulness. Perhaps unsurprisingly, Syria tops the list as the least peaceful nation in the world, followed by South Sudan, Iraq, Afghanistan, and Somalia.

You can see varying levels of safety by country in the infographic above. At the Vision of Humanity website, you can use an interactive version of the map, which will let you look at how different countries rank according to individual indicators. The map shows, for example, that although the United States is in the middle ground for overall peace, it is very highly ranked for political stability and, conversely, very poorly for incarceration rates.

The report found that, on the whole, the world has indeed become less peaceful in the last year, with the total Global Peace Index (GPI) score dropping by .53 percent. Since 2015, 81 countries have actually become more peaceful and improved their GPI scores, but that improvement was offset by 79 countries whose GPI scores decreased, reflecting deteriorating peacefulness. The decrease in peacefulness in these countries was larger than the increase in peacefulness in other countries, leading to the overall decrease in the global GPI score, and “increased levels of inequality in global peace.”

You can read the full Global Peace Index report here.

More like this
6 Organizations Fighting Police Brutality That You Can Support Right Now
By Syeda Khaula Saad and JR Thorpe
The 3 Best Heated Steering Wheel Covers
By Margeaux Baulch Klein
Ashamed Of Your Screen Time Stats? Here's How To Change That
By Alexis Morillo
Here’s Your Daily Horoscope For January 27, 2023
By Mecca Woods
Get Even More From Bustle — Sign Up For The Newsletter
From hair trends to relationship advice, our daily newsletter has everything you need to sound like a person who’s on TikTok, even if you aren’t.