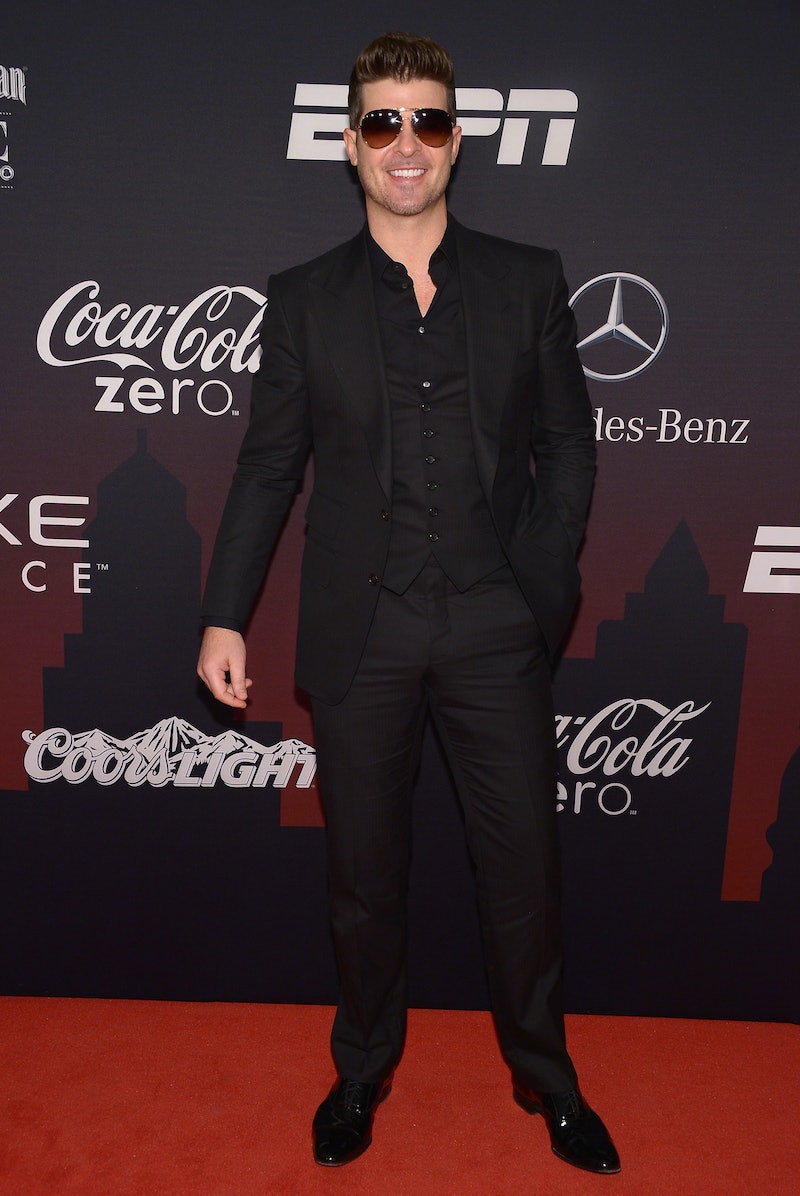 Well, now we know that Robin Thicke and Paula Patton's split wasn't completely mutual. On Thursday night at a concert in Fairfax, Virginia, Robin Thicke made a tribute to estranged wife Paula Patton onstage — and boy, was it personal. If I were a celebrity, I don't think I'd ever want to spill my marital problems with thousands of people — but maybe that's the only way Thicke can get through to Patton.

Since this was the first concert that Thicke performed in since the news of his split, he informed the crowd of his intentions, according to TMZ. "For y'all that don't know, me and my wife separated, but I'm trying to get my girl back. She's a good woman," Robin says. Then, he reportedly launched into "Lost Without U," which he told fans he wrote for Patton. Thicke also performed with his wedding ring on the entire time.

Thicke's proclamation came on the same day that TMZ's cameras caught him in Washington, D.C. Thicke was asked in a video how he was doing after the separation announcement, and Thicke says, "You know, just trying to get her back man." The couple's separation announcement came shortly after Thicke was photographed putting his hands in inappropriate places with two other women.

Even though "Lost Without U" was written for Patton, maybe it's now just a tune that she's heard Thicke sing many times before.

More like this
Hilary Duff's Husband Matthew Koma Has Her Name Tattooed On His Butt
By Jake Viswanath and Stephanie Downs
Twitter Is In Awe Of Taylor Swift’s “Lavender Haze” Music Video
By Jake Viswanath
Twitter Wants To Dance With Anne Hathaway At Paris Fashion Week
By Alyssa Lapid
Hailee Kaleem Wright's Topsy-Turvy Path From MTV To Broadway
By Samantha Leach
Get Even More From Bustle — Sign Up For The Newsletter
From hair trends to relationship advice, our daily newsletter has everything you need to sound like a person who’s on TikTok, even if you aren’t.