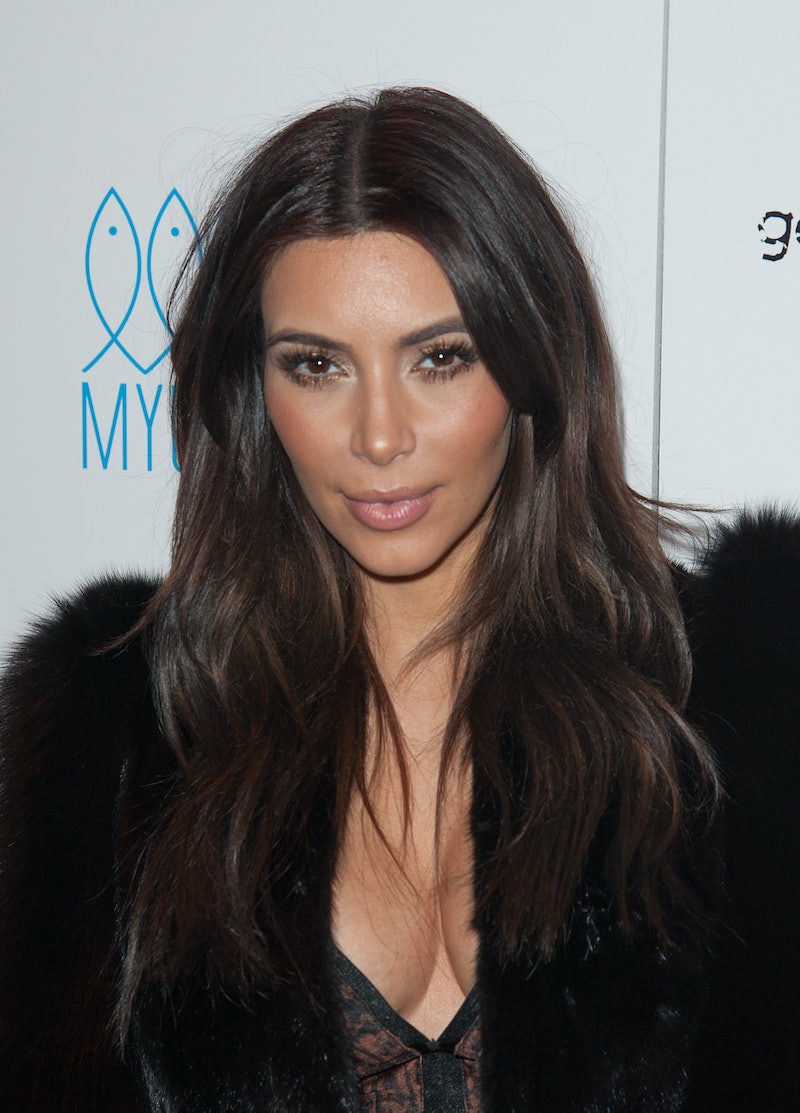 Alright, guys. This reported story about Kim Kardashian is pretty bizarre and very disturbing, and reminds me of one of those dreams that's just a random sequence of troubling events where nothing makes sense. The short of the story is that Kim Kardashian left the Vienna Opera Ball after a blackface incident and having issues with her 81-year-old Austrian date. Let's divide and conquer.

So, the Vienna Opera Ball is an Austrian society event that happens ever year. Richard Lugner, an 81-year-old Austrian tycoon, has a history of paying female celebrities a huge sum to accompany him to the ball each year. Which isn't weird or anything. Past guests have included Paris Hilton, Carmen Electra, and Dita von Teese. This year, Kardashian was chosen to be seen on Lugner's arm for a reported $500,000, and was accompanied by the ever-present Kris Jenner. But actually, it was a good thing that Jenner was there, because this situation already sounds hella creepy.

At the ball, however, Kardashian reportedly had other things on her agenda besides being Lugner's date. The reality star was filming a scene for Keeping Up With the Kardashians instead of attending to her "date duties," and angered Lugner.

According to Radar Online, Lugner told reporters at the event, "Kim is annoying me because she's not sticking to the program." TMZ also reports that Lugner became aggressive with her and was trying to ditch her security so they could be alone.

As if this disastrous sounding night couldn't get any worse, a man working at the ball reportedly came up to Kardashian in blackface and acted like he was Kanye West. No. No. No. After Kardashian tried to ditch him, the staffer asked her to dance, and she resisted again, saying that she wasn't a good dancer, but then he reportedly said that he'd dance with her if the orchestra played "N*****s in Vienna." NO. TIME TO GO, KIM. FLEE THIS WEIRD EVENT. It sounds like she was under contract and had to stay for another hour and a half, but left after.

This is all terrible and sounds like a nightmare. Blackface? Getting paid to be a date? A questionable rich Austrian man? Leave Vienna, Kim, and don't ever look back.