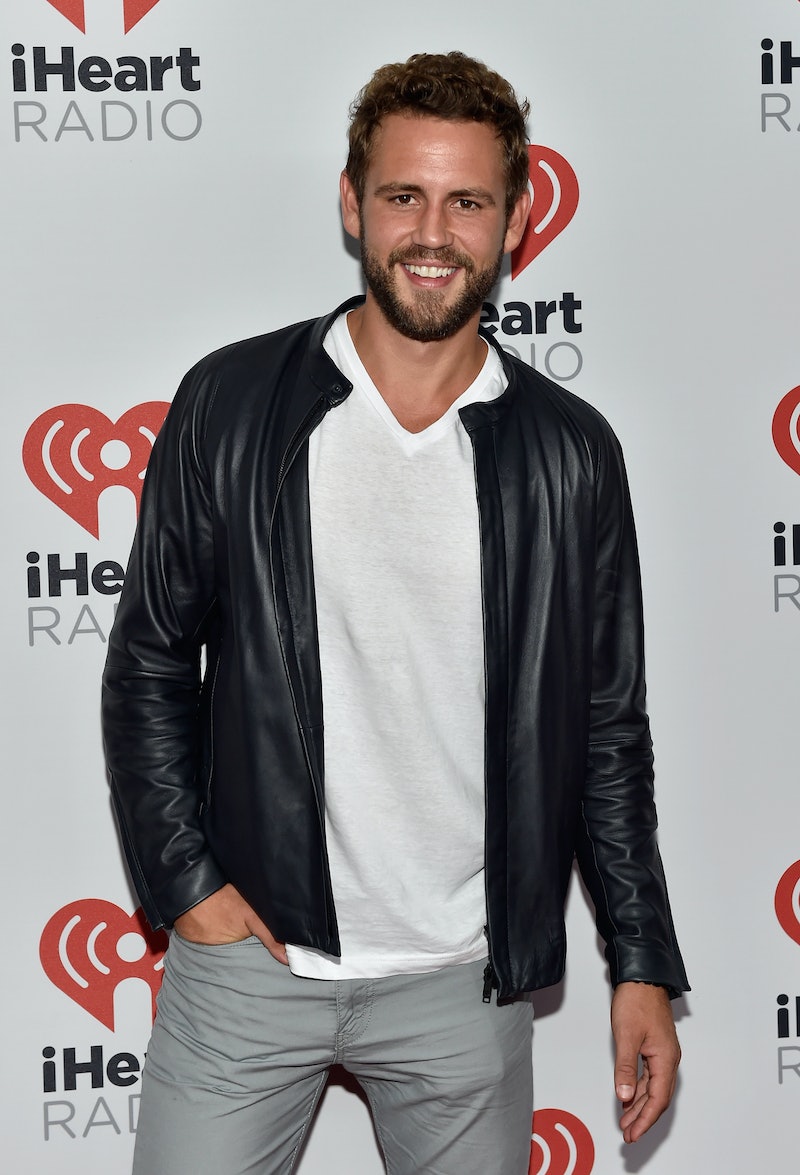 When Nick Viall announced that he was done with the Bachelor franchise last year, I knew he couldn't stay away long. Viall is back, and in the best way possible. And before you ask, no, Viall is not showing up unannounced on The Bachelorette (again) to whisk JoJo Fletcher away from her suitors. This time, he's heading for somewhere with warmer weather and white, sandy beaches... and a whole lot of drama. Yep, it's official: Nick Viall is joining Bachelor in Paradise this summer, and it's just another piece of proof that the show's third season is probably going to be the best yet.

Viall has yet to speak about the news himself on Twitter or Instagram, but on Tuesday, People confirmed that he will be joining the league of former Bachelor stars looking for love in a tropical setting. Viall is one of those contestants who is really polarizing to fans — people tend to either absolutely love him or completely loathe him — but there's no arguing that he knows how to keep things interesting. And as surprising as it may be that he's back for more after two final rose rejections in a rose, I'm crossing my fingers he actually finds love this time around.

People also announced that joining the show will be more of Fletcher's castoffs, including Evan Bass, Grant Kemp, and Vinny Ventiera, and who could forget the announcement that Chad Johnson will be on Bachelor in Paradise , too? Now that most of the cast has been announced (minus a few surprises I'm sure the producers have up their sleeves), I think this season is going to be better than ever before, even if Season 2 did have Ashley Salter and the ridiculous Joe Bailey drama. Nope, put Nick Viall and Chad Johnson in the same room, and who knows what could happen? I have a feeling they're either going to be best bros and troll everyone together, or they're going to be mortal enemies. Either way, it's going to be so much fun to watch.

I mean, think about it: After the drama we've seen on The Bachelorette this season, they're putting some of the biggest instigators on an island with Nick Viall, who basically wrote the book on becoming a Bach legend. This is not a season you're going to want to miss, and honestly, I think I might enjoy watching it even more than The Bachelorette or The Bachelor this year.

My one hope is, that no matter how things go down, Viall walks away having met the love of his life. After both of those brutal Bachelorette finales — and being brave enough to come back for round three — he definitely deserves it.