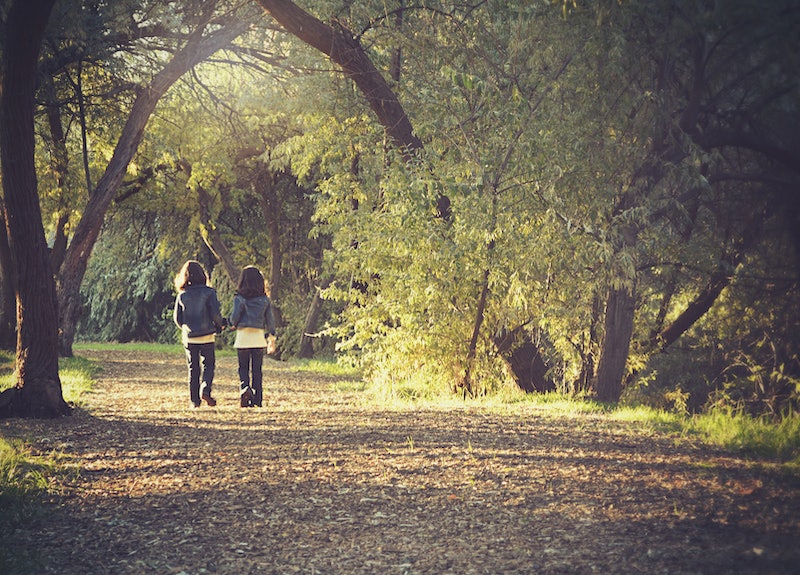 What are the signs a friendship is over? Even if they don't involve hurling plates and kidnapped cats (yes, really), romantic breakups are usually hard to miss; people rarely just stop seeing each other without explanation. (Well, maybe that's not strictly true, but ghosting is The Worst-with-capital-letters.) Platonic relationships, on the other hand, tend to wax and wane throughout our lives, and that's perfectly normal. In my experience, you aren't a true adult until you wake up and realize all your friends moved away after college, and you have no idea how to make more because you forgot how to talk to people at parties unless it's about your cats.

Anecdotes aside, research has actually shown that social networks change over the course of a lifetime, usually increasing in size until adolescence and steadily decreasing after your late 20s. Furthermore, you might not even have as many friends as you like to think you do; according to a study published last month, only about half of adult friendships are reciprocal, indicating what researchers described as a widespread, "profound inability of people to know who their friends are."

But where do all these friendships go — and more importantly, how do you know they're over? The latter question was posed by Reddit user lskalska on an AskReddit thread this morning, and as always, Reddit answered. Let's look at eight particularly insightful responses below — many of which are pretty universal — or head over to the thread to browse the comments on your own.

1. Having Zero Intention To Hang Out

If you only ever make vague plans to hang out with someone when you unexpectedly run into them, you're not exactly invested in the relationship. You might still be amicable, but maintaining a friendship usually means doing things together every once in a while.

2. Annoyance Is Your Gut Reaction

As one user pointed out, friendship is about enjoying each other's company, not immediately feeling annoyed when they try to contact you. If you instinctively shudder when you hear their name or see them pop up on your Instagram feed, that friendship was probably over a while ago.

3. You Don't Have Fun Together

If you don't have fun around someone, is it really friendship, or is it just a one-sided relationship?

Some friends will always be your friends, no matter how far away you move or how often you see them. On the other hand, sometimes you just fall out of touch with people, and it would be impossible to keep up with all your old friends over the course of a lifetime. It doesn't mean your friendship didn't happen, but if you're indifferent to their Facebook updates, you're probably not quite friends anymore.

If you're scrambling to find something to say to someone, it's probably an indication that your relationship isn't the same as it used to be.

Inside jokes are a solid basis for friendship, but if you and your friend do nothing but retread old jokes and memories when you're together, it might be time to let go. Or think about getting out more often.

How does anyone with a Facebook account forget someone's birthday? How? The level of dedication it takes to ignore all the notifications leading up to the date undoubtedly means something deeper is going on.

8. You're The One Who Makes Plans

If you notice a pattern in which you're always reaching out and making plans, your friendship could be a little one-sided — but on the bright side, you're not the only one.