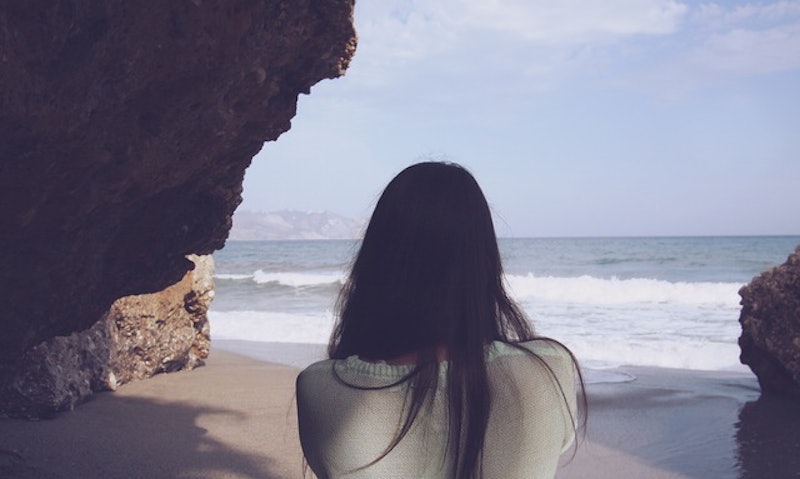 Not too long ago, nearly everyone considered mental health a taboo topic that should not be discussed. Today, the stigma surrounding mental illness certainly still exists, but it's gradually being broken down — and many people have slowly but surely grown more comfortable with the idea of openly discussing it. Even celebrities like Kristen Bell have spoken out about their struggles and helped dispel the notion that individuals with mental illness "look" a certain way and can be identified from a mile away. Unsurprisingly, the mental illnesses that are frequently discussed are the most common ones — such as depression, anxiety, and eating disorders. But, this is by no means a comprehensive list and there are a number of lesser talked about mental illnesses that we should be aware of.

Although the following four mental illnesses are far less common than disorders like anxiety and depression, it's important to know about them — otherwise it will be impossible for us to know if a friend or family member is struggling. Furthermore, it's important that people with rarer disorders aren't left out of conversations about mental health. As individuals with depression and anxiety feel more confident coming forward, we should make sure that people with all mental disorders know they, too, aren't alone and have nothing to be ashamed of.

Here are four lesser-known mental illnesses to be aware of:

Individuals with this dangerous illness deliberately cause symptoms in order to make themselves physically ill. Contrary to what people may automatically assume, they don't do it to achieve a specific benefit, like financial gain. Rather, sufferers have the intense need to appear sick or injured. They'll go to extreme, dangerous lengths to achieve this, such as injuring themselves and undergoing painful medical tests and procedures. It's important to note that factitious disorder is very different from hypochondriasis — individuals with hypochondriasis genuinely believe that they are gravely ill, while those with factitious disorder know they're not.

Signs of Munchausen syndrome include an extensive but inconsistent medical history, ever-changing symptoms, a habit of seeking treatment at a wide variety of clinics and hospitals, and relapses whenever their health seems to be improving. Individuals with this illness may also possess an extensive knowledge of hospitals and medical terms. Furthermore, they're often eager to undergo medical procedures and surgeries — even if they're extremely painful.

The cause of Munchausen syndrome is unknown, but it's been linked to childhood neglect and a history of real physical illnesses that required hospitalization. It is most common in young adults, but there are no exact statistics of what percentage of the population suffers from the disorder. (It is, however, considered rare.) This is because the entire basis of the illness is dishonesty, so it's difficult to definitively diagnose Munchausen syndrome. Treatment involves psychiatry and therapy in order to identify the underlying emotional issues that cause the sufferer to feign physical illness and hurt themselves in order to keep up the facade.

Aboulomania is characterized by indecisiveness that is severe enough to affect a person's ability to function in daily life. The illness is often accompanied by anxiety, depression, and extreme stress. Individuals with aboulomania don't trust their own judgement and therefore are paralyzed and distressed when faced with decisions. They often become codependent in relationships because they're fearful of what will happen if they're alone. Other symptoms include fear of abandonment, hypersensitivity to criticism, passivity in relationships, and difficulty expressing themselves during disagreements with others.

Psychotherapy is the most effective treatment for aboulomania — but short-term, goal-oriented therapy is preferred because long-term therapy can result in dependence on the doctor. A therapist will work with the individual to develop strategies that will help them become more assertive and independent. Many people with aboulomania also suffer from depression or anxiety. In those cases, medication can be beneficial but it needs to be closely monitored by a psychiatrist due to the risk of chemical dependence.

Amnesia involves a complete loss of memory from the brain, but dissociative amnesia occurs when an individual "blocks out" specific memories — typically because they're related to a traumatic or extremely stressful event. The memories still exist, but they've been buried so deeply that they can't be accessed. The illness is heavily linked to experiencing or witnessing traumatic events, such as abuse, natural disasters, or war. As its name suggests, the primary symptom of dissociative amnesia is significant memory gaps. However, individuals with the illness often exhibit symptoms of anxiety and depression as well.

Dissociative amnesia can be treated — the main objective is to help the individual retrieve his or her lost memories in the safe space of therapy. As the memories resurface, they can be processed in therapy. Treatment providers also work with patients to help them develop healthy coping strategies and ways to function on a daily basis. Although not everyone regains their memories, the overall prognosis for dissociative amnesia is very good and most people are able to retrieve and then process their repressed memories.

As its name suggests, Avoidant personality disorder is an illness that causes its sufferers to withdraw and avoid a wide variety of social and professional situations because they are fearful of being disliked, judged, or humiliated. People with APD are often extremely shy and have low self-esteem, which is why they feel so self-conscious in social situations. They view themselves as inferior to others and have a hard time forming close relationships with friends and romantic partners because they fear they'll be rejected if someone gets to know them intimately. These fears and anxieties mean the sufferer can become extremely isolated.

The most effective treatment for APD is talk therapy, sometimes accompanied by the use of antidepressants. Although it can't be "cured," individuals with APD can make huge strides, build up their confidence, and find ways to better relate to others. If APD goes untreated, it can result in a permanently isolated lifestyle and the development of additional disorders such as substance abuse and depression.

So remember: if you or someone you care about is dealing with one of these illnesses — you're not alone.