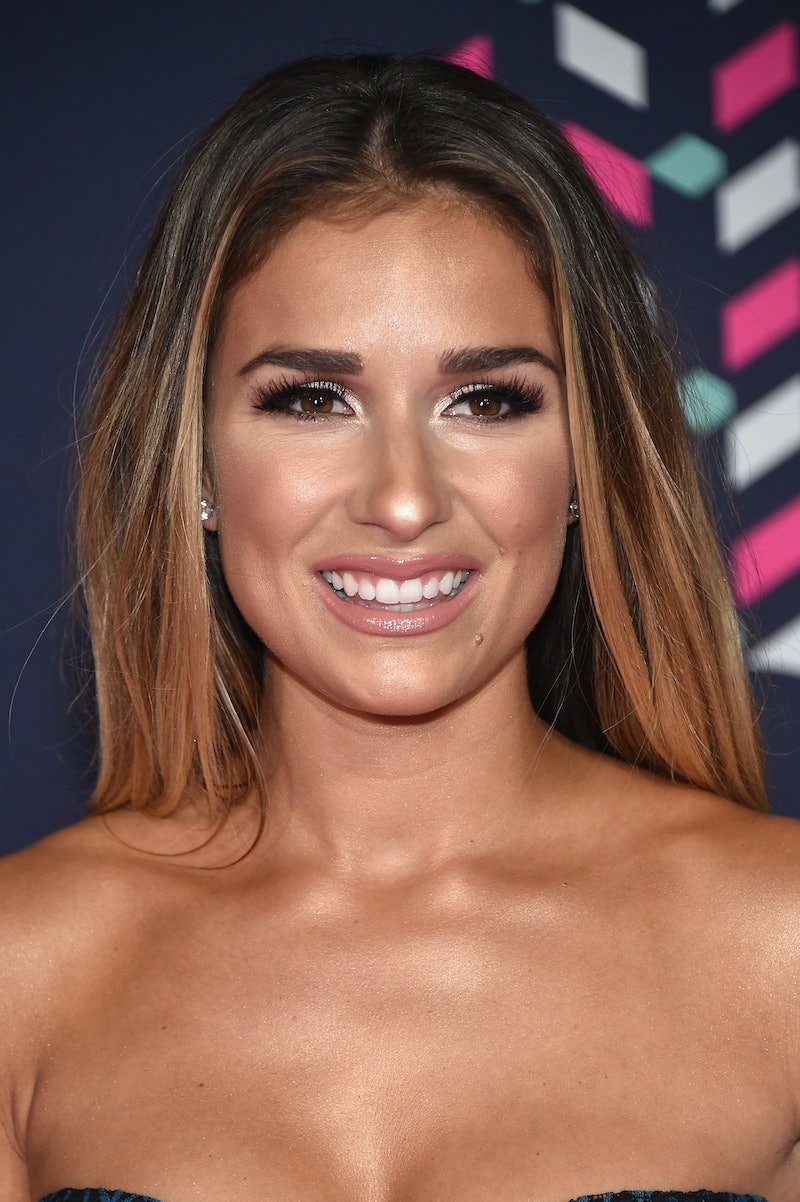 It seems like celebrity cosmetic lines/collaborations are popping up all over the place these days, and the latest to get in on that trend is Jessie James Decker. After announcing her beauty collaboration on Friday, Twitter reacted to Jessie James Decker's Lip Kit, and they are beyond excited. Seriously, they have lost all their chill, and they have literally no shame over it.

ICYMI — Decker announced on Instagram on Friday that she is partnering with Alexa Persico Cosmetics to release her own lipstick/liner duo, dubbed the Jessie Lip Kit, and you don't have that long to wait, because it will be launching soon. You can score a Jessie Lip Kit on June 29, and it will retail for $45 for a set of lipstick and liner.

We've gotten a sneak peak, and though we can't really see the color, the Instagram caption said that it's Decker's signature nude/pink lipstick and liner that she rocks on the red carpet all the time. So if you're a fan of that look, you'll definitely want to try and score one. But what do the fans think about all this? Well, to put it simply — they're freaking out. In the best possible way, of course.

After the reveal, fans took to Twitter and unleashed all their excitement.

But things took a turn for the not-so-nice. Given the similarity of the name/product, fans are also insinuating Decker's will be more successful than Jenner's.

Guys — there is room for both Lip Kits in our world. Here's to the success of both of them!