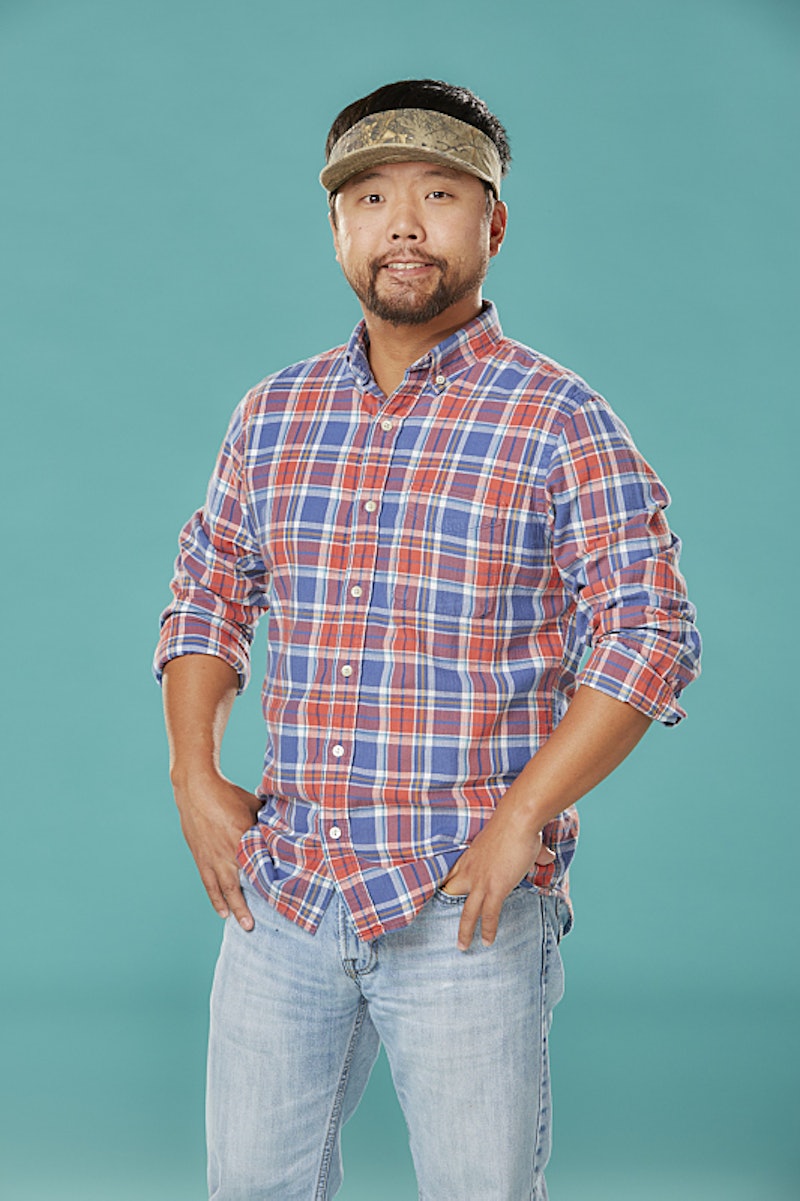 Season 18 of Big Brother may have just begun, but there have already been enough days in the house to be considered a lifetime in showmance time. Ten days into this most recent season and already these contestants are starting to let love bloom. While some contestants’ strategies seem to be flirting their way to some strong alliances, James and Nicole have been working hard to assure each other that they’re on each other’s team. But does this mean that James and Nicole are Big Brother 18’s first showmance? They are both known for their past flirtations in the Big Brother house, so feeling the love between these two contestants may be a possibility.

During Season 17, James was pretty unapologetically vocal about the number of the girls in the house that he liked. He flirted hardcore with Julia and became friends with Meg, but his tactic to forming the tightest relationships in the house were definitely to build them with women — and to build them through jokes and flirtations. Hey, it worked well for him. James made it far in Season 17, and was one of the most cunning players of the game.

For her part, Nicole definitely has a weak spot for showmances. She aligned herself hard with Hayden from the start of Season 16 and even took their relationship to full-blown showmance status. So even though both James and Nicole aren’t ones to shy away from getting romantic in the house, their flirtation over the last few days might have more to do with gameplay than actual love.

But on Friday, James and Nicole seemed to solidify their alliance with some pretty cute behavior. They talked about how they will have each other’s back — James promised her he would — they mean mugged the cameras, and they seemed to, in general, be having a really good time. But even though no sure signs of showmance have passed between these two, I wouldn’t put it past them to flirt with the idea to get ahead in the game. Especially since James is already playing pranks on Nicole. On Thursday night’s episode he came into the HoH suite while she was showering and pretended to be Victor to psyche her out — and if I know James at all, that could mean he’s developing a crush.

But don’t count on Nicole to reciprocate. Right now, her head is exactly where it should be: Smack dab in the middle of the Big Brother game.

More like this
The 'Big Brother 24' Racism & Bullying Controversy, Explained
By Jake Viswanath
What’s New On Netflix: 'Never Have I Ever' & 'Indian Matchmaking' Return
By Arya Roshanian
Ashton Kutcher Opens Up About His Battle With Rare Autoimmune Disorder
By Radhika Menon
All The Clues Aven Gets Engaged To Rachel On 'The Bachelorette'
By Kadin Burnett
Get Even More From Bustle — Sign Up For The Newsletter