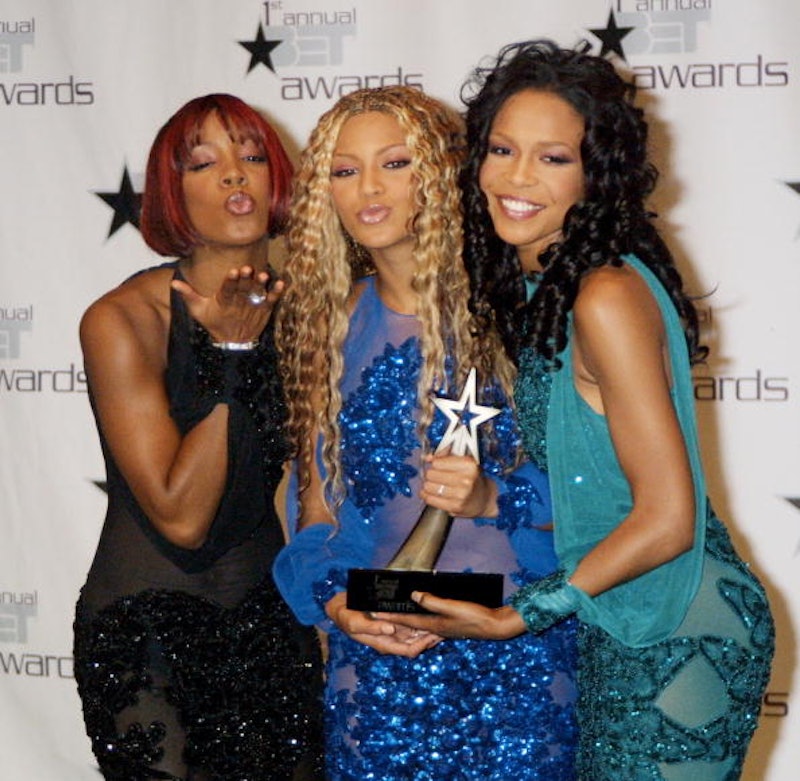 Every pop star has to start somewhere in the style world. Before Beyonce was the Lemonade spewing, high fashion icon that she was today, she was just starting out with Destiny's Child. As crazy as Beyonce's first BET Awards outfit was, it's actually not all that different than the style that she still loves today. Her first look might have been a little less glamorous than her current attire, but it'll remind you of some of her most recent ensembles.

She paired the mesh gown with curly hair and a bold cat eye. Of course, it was 2001, so there was also a heavy lip gloss on the lips. As embarrassing as some throwback outfits are, Beyonce's was pretty fierce.

Remind you of anything she's worn more recently? She might have upgraded her sequins to rhinestones, but this look is eerily familiar to her 2015 Met Gala barely-there gown. It's like the 2001 version got a high-end upgrade.

Obviously there are some difference, like the color, fabric and styling. It is pretty similar in idea though. Looks like Beyonce was rocking the barely-there trend before it was even cool.

I'm thinking she could get away with that styling just as well today too. It's not for sure whether the singer will attend the awards show this year, but if she does, I'm willing to bet it won't be wearing anything like this bright blue, mermaid-styled gown.

Destiny's Child performed at the BET Awards in 2001 as well. Although her red carpet look was similar to her current style, I can't say the same about her performance outfit. I'll just set this photo right here for you to take in for yourself.

That's a whole lot different than the couture outfits that she performs in today. Either way, the woman is still fabulous and I can't wait to see if she performs this year. Fingers crossed!