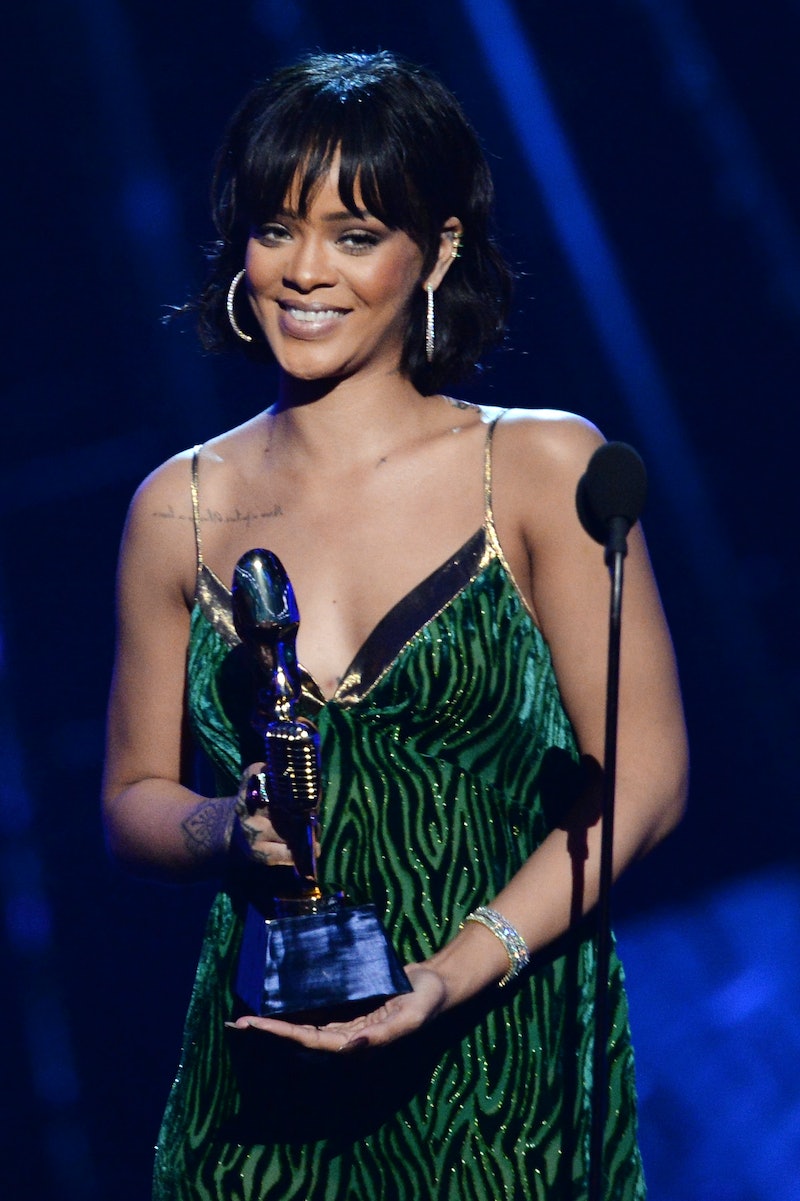 You can always count on fashion icon Rihanna to keep us guessing and eagerly anticipating her ensembles when it comes to Hollywood red carpets and awards shows. Setting trends, rather than following them, is the singer's undeniable MO. So what did Rihanna wear to the 2016 BET Awards? Well, the multi-hyphenate was a no-show, but with good reason.

Rihanna is currently on the overseas leg of her Anti World Tour, doing her thing in the UK. There was a flurry of rumors that she would use her day off not to commission a private jet to fly to the U.S. for the 2016 BET Awards; but that's because she might take the stage and join Coldplay during their Glastonbury set.

Rihanna being MIA at the 2016 BET Awards, where I semi-expected her to turn up, is indicative of her pattern related to red carpets at awards shows and events this year.

Yes, she rocked a bronze shirtdress with statement shoulders, which was vintage Thierry Mugler, at the 2016 Billboard Music Awards. She also slayed a lavender slipdress by Armani Prive at the 2016 BRIT Awards.

But remember that Rihanna skipped the Grammys, canceling her planned performance, due to sickness. Also, she was on tour during the Met Gala. Those were two major fashion events during which Rih was absent.

So as you can imagine, I was hoping to see her at the 2016 BET Awards. But alas, it didn't happen.

I totally need her fashion presence at these things!