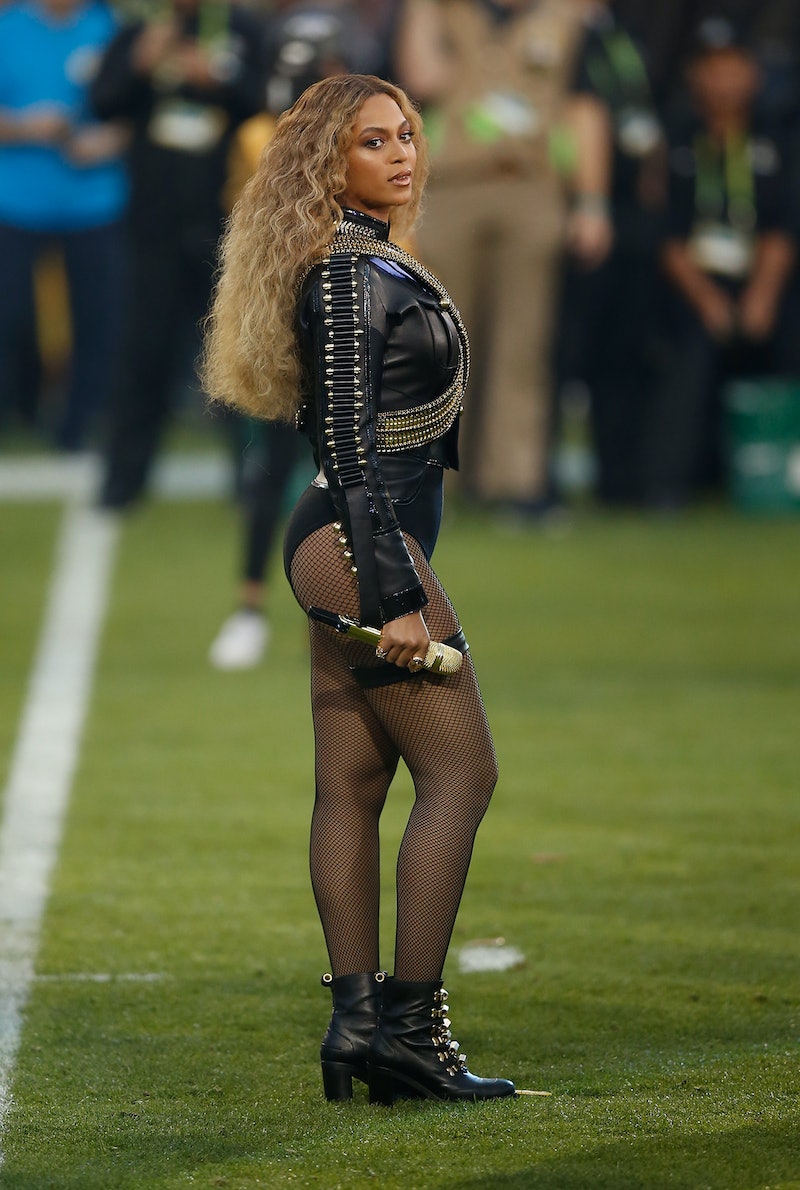 Beyoncé is always "one to watch" on red carpets and at awards shows, because duh. Fashion types and her legion of fans (aka "The Beyhive") anticipate her ensembles, and the Queen Bey responds by wearing something memorable. Beyoncé at the 2016 BET Awards was bodysuit magic. The bodysuit is her preferred performance ensemble, likely because it clings to her enviable curves, all the while allowing her to do her thing. And that's dance and entertain without being too restricted by her clothes. Bey's stage bodysuits are the epitome of functional fashion.

Beyoncé opened the 2016 BET Awards in an adorned and sparkly black bodysuit featuring cutouts. It boasted some epic black fringe along the length of the sleeves. This look certainly reminded me of the militaristic, black leather, and gold bodysuit she wore while stealing the show from Coldplay during the 2016 Super Bowl Halfime.

On June 26, Bey turned in a crackling live rendition of "Freedom" with an assist from rapper Kendrick Lamar and it was flaw to the less. The singer wore her blonde hair in cornrows and painted her pout with a deep, black lipstick that will inspire you to wear this same shade, even in the summer.

Overall, Bey was lit, from her makeup to her sexy bodysuit.

I admit that I expected Beyoncé to throw us for a loop on the red carpet, but as of press time, it seems she may have skipped it at the 2016 BETs.

Remember the 2013 Grammys, when the singer and recent recipient of the CFDA Fashion Icon award turned up in a black and white, color-blocked pantsuit that hit at the ankle? It was a total surprise. Her 2016 Met Gala gown was a nude-hued latex dream by Givenchy. When she accepted the aforementioned accolade from the CFDA, she wore a sparkly pantsuit and a big-brimmed hat from "Formation" Tour wardrobe.

I was certainly prepared for Beyoncé to rock a pantsuit on the red carpet at the BETs. But Beyoncé's 2016 BET Awards performance outfit was a familiar bodysuit, and it was Beyriffic.