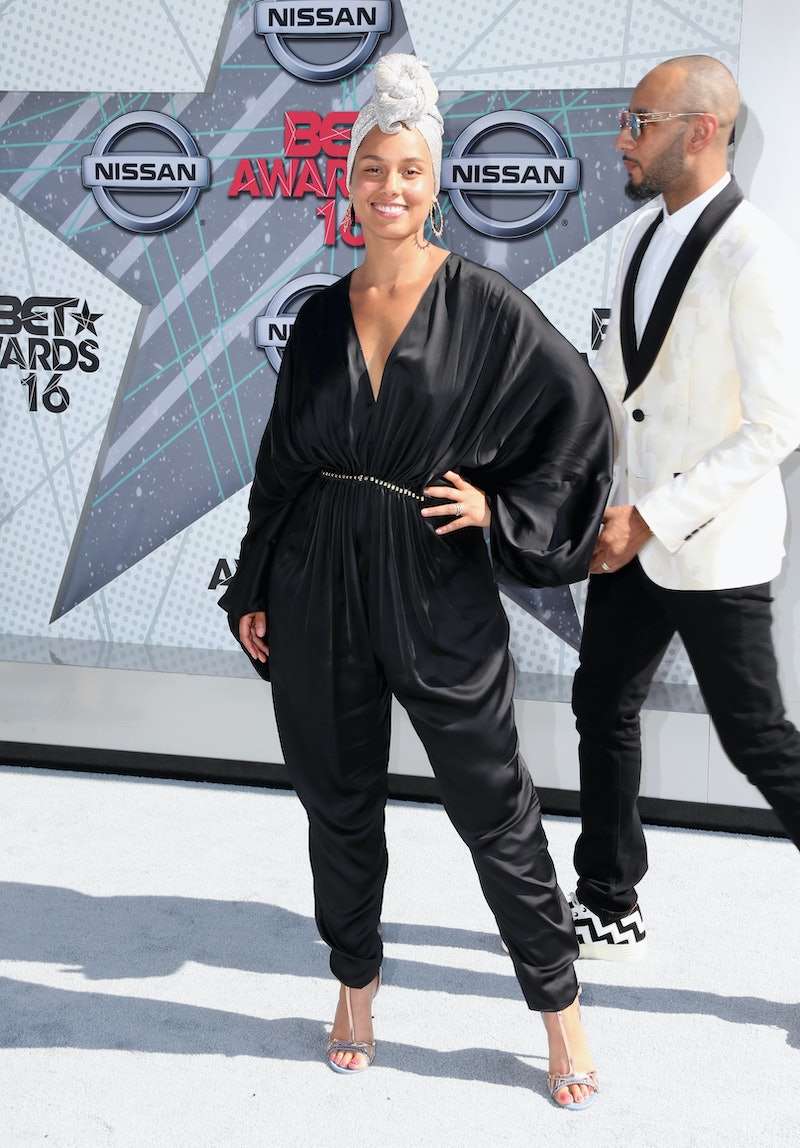 When drooling over stars on the red carpet, one usually tunes in for the designer dresses, the noteworthy hair, and the clever makeup ideas. That all might be true tonight, except for the last part. At least where Alicia Keys is concerned. Alicia Keys at the 2016 BET Awards went makeup-free, rocking the red carpet au naturale and gorgeous. For an event where celebs usually spend hours under the deft hands of their makeup artists and beauty teams, Keys is a trailblazer when it comes to embracing natural beauty. But this bold move isn't anything new for her.

In a recent Lenny Letter article that she wrote herself, Keys explained that her commitment to a bare face was inspired by her need to shed her beauty insecurities and learn how to ignore the impossible standards put on women. She wrote, "Before I started my new album, I wrote a list of all the things that I was sick of. And one was how much women are brainwashed into feeling like we have to be skinny, or sexy, or desirable, or perfect. One of the many things I was tired of was the constant judgment of women." So she shot her new album cover sans makeup, and is now dedicated to embracing her natural beauty, so-called "imperfections" and all.

While there's nothing wrong with enjoying makeup and wanting to dabble with dramatic and playful beauty looks, the same can be said for arriving to a black tie affair without so much as mascara on. For those who want to put on fake eyelashes and bold lipstick on a Tuesday, more power to you. And for those who want to feel like they can look stunning without even a smear of concealer, let Ms. Keys be your inspiration and confirmation.