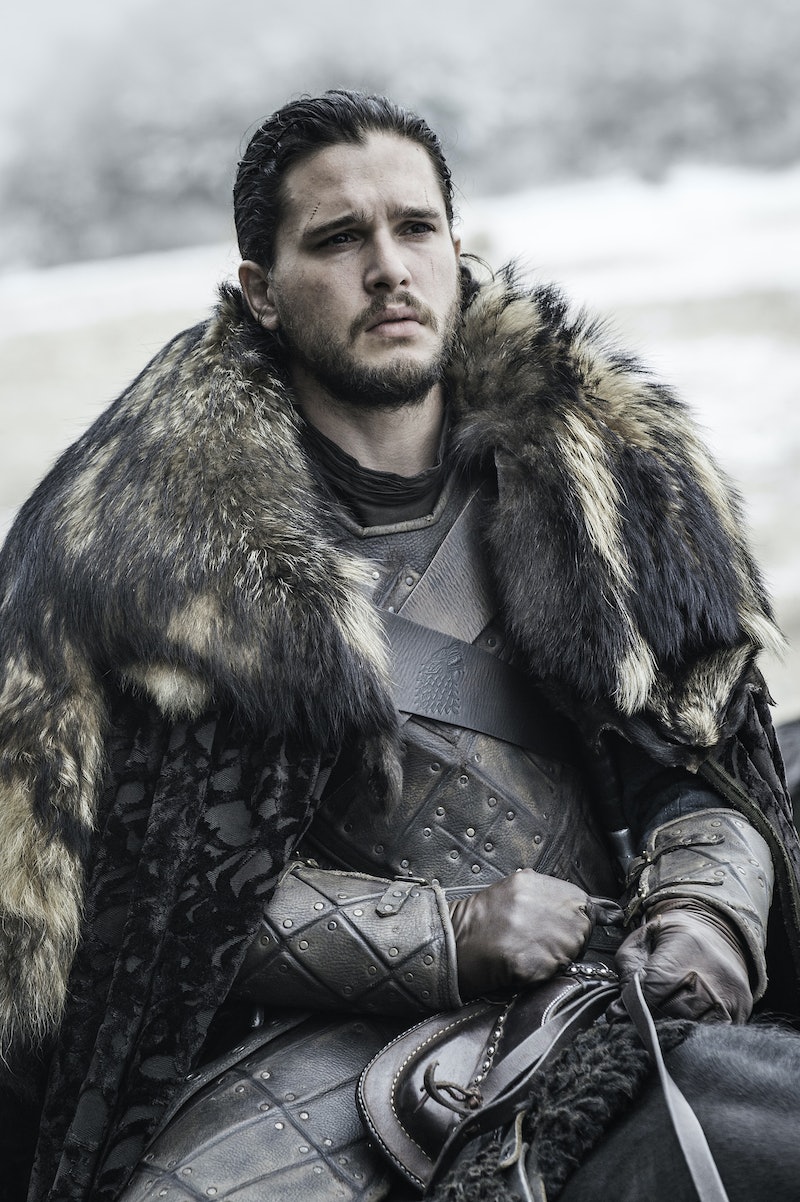 While it's true that the Game of Thrones Season 6 finale didn't deliver on some of the things we wanted — like a Lady Stoneheart debut, for instance — it did have a few equally amazing revelations that totally made up for it, one of which includes the confirmation of Jon Snow's parentage. After years and years of speculation, the R+L=J theory, claiming that Jon Snow is the son of Rhaegar Targaryen and Lyanna Stark, has finally been proven to be true. Thanks to another one of Bran's visions, we witnessed a young Ned Stark make his way into the Tower of Joy to find his sister, Lyanna, on her deathbed and with one very big favor to ask: to protect her newborn son. But now that our suspicions have finally been confirmed, when will Jon Snow find out about R+L=J? Sadly, I'm fearful that could still be a while.

You see, the only person who now knows the truth behind Jon Snow's backstory is Bran and right now he's currently way beyond the Wall and out of reach of anyone who could pass this useful information along. (This is when you really wish cell phones existed in Westeros.) So unless Bran is somehow able to send a psychic message to Jon, it may be some time before this vital detail becomes a well known thing. Fortunately, though, Jon's doing a pretty great job of gaining loyal followers even without the knowledge of his true claim to the Iron Throne. After winning back Winterfell, many more houses are pledging their allegiance to him even though he never really asked for it. So just imagine what it will be like when word does finally spread about his Targayen decent.

But isn't that the secret behind being a truly great leader? Not really seeking it out, but taking up the mantle out of duty rather than desire? Jon Snow may not know for a while how strong his claim is the crown, but that isn't stopping him from being the ruler Westeros needs. He may know nothing for now, but something tells me that's all about to change in Season 7 and I, for one, can't wait to see how it'll all unfold.