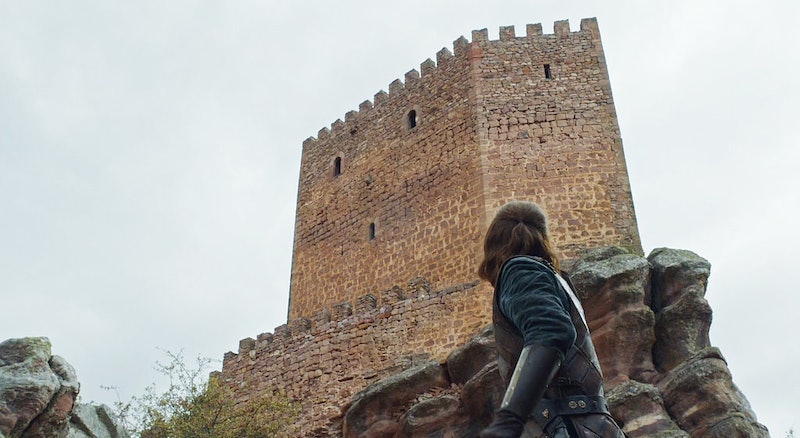 Guys, It happened. The theory we have all waited to see come into fruition was finally confirmed. Tonight's episode of Game of Thrones finally gave us a direct answer about Jon Snow's true parents and confirmed R + L = J on Game of Thrones. We were once again taken back to The Tower of Joy where Bran had been stopped in his last vision. Then we were taken up into that mysterious tower to see Lyanna Stark, in a bed of blood. After whispering the words we all waited to hear, she handed a baby Jon to Ned and made him promise to claim him as his own.

Is you listened closely, you would have heard Lyanna say to Ned, "If Robert finds out, he'll kill him. You know he will. You have to protect him. Promise me, Ned. Promise me." She said something before that but it was very inaudible. It almost looked like she began with, "His name is..." but it didn't look like she said "Jon." After the emotional moment with his sister, Ned gazed over at the baby and after the camera stayed on the sweet little face, it slowly changed into a scene of Jon Snow's face staring into the camera. True confirmation that the baby was Jon and that he is not Ned Stark's bastard. The theory is further confirmed because Lyanna reminded Ned that the baby would be killed by Robert, which would only be true if he was a Targaryen because Robert was having all Targaryens killed.

Honestly, this was like a true catharsis for me and I imagine that most fans feel the same way. This theory has been a long time coming and now that it has been revealed, things are about to get crazy for Jon Snow. I simply can't wait for next season. Will he finally meet up with his aunt, Daenerys? Will he fight against her? It's almost too much to handle.