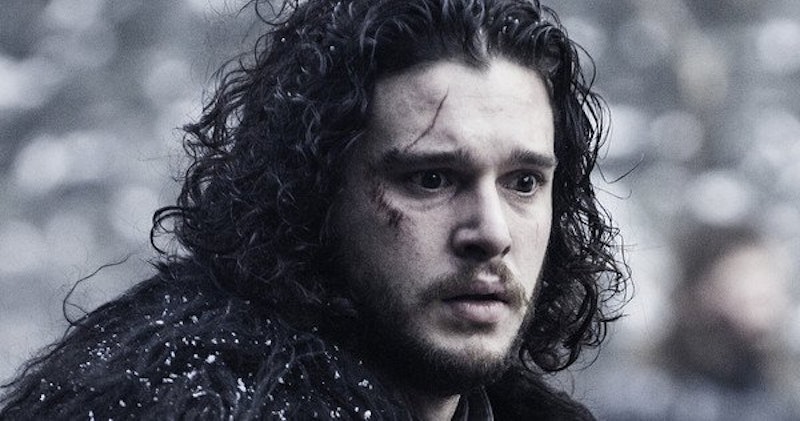 After six seasons of wondering, fans finally learned who Jon Snow's real parents are on Game of Thrones . The Tower of Joy reveal showed that Ned Stark's sister Lyanna had given birth to a baby (Jon), and, in her final moments, she begged Ned to take him to safety because, according to Lyanna, "If Robert finds out [about the baby], he'll kill him." The Robert in question here is Robert Baratheon, and he would kill baby Jon for one major reason: Jon Snow is actually a Targaryen, and Robert was having all of them killed. And, it's Jon Snow's real father that's responsible for his Targaryen blood.

Game of Thrones used the Tower of Joy to confirm R + L = J. Or, Rhaegar Targaryen + Lyanna Stark = Jon Snow. Now, it's unknown whether Jon came to be because Rhaegar and Lyanna were in love or he raped her, but nevertheless Jon is here and he is of some seriously noble blood. Not only is he very much part Stark, more worthy of the "King in the North" title than he knows, but he's a direct descendant of the Targaryen line, and Daenerys' nephew.

Now, does this mean that he could rule the Seven Kingdoms? Yes. Yes it does. And, as much as I want to see Dany live her dreams, I also want to see King Jon Targaryen, so Season 7 is going to be an interesting one for sure. Maybe Dany and Jon can share? Or, she can give him the north and she can take King's Landing? I don't know, but after debating his true parentage for so long, it's really good to finally be able to confirm that Jon is, indeed, a Targaryen and a Stark — and not a no-name bastard at all.