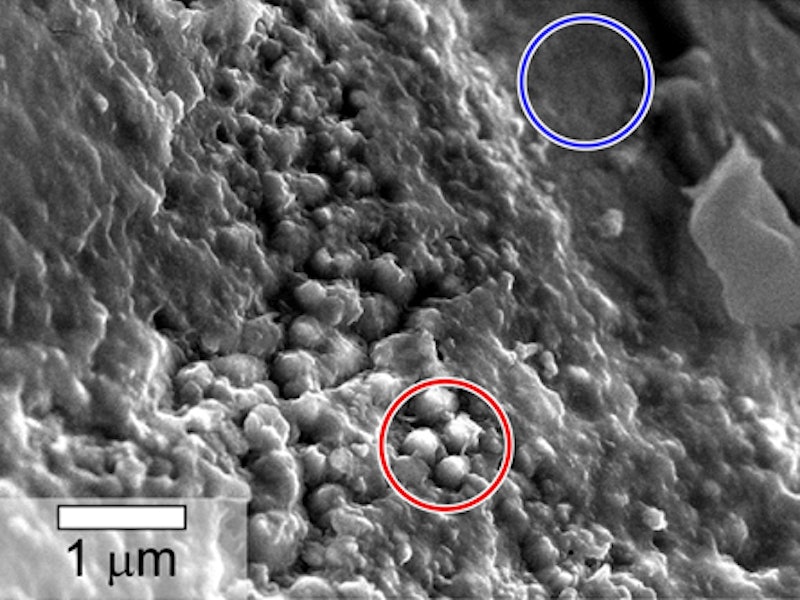 A team of scientists at NASA has found evidence that there was once water on Mars — and the evidence is right here on Earth. The study, published this week in the journal Astrobiology, hinges on findings from a Martian meteorite that crashed in Antarctica about 50,000 years ago. The ancient rock shows what looks like a history of water movement – and possible life on Mars.

The meteorite is riddled with the kinds of tiny tunnels that are usually formed when water makes its way through rock. But even more exciting, the holes are dotted with carbon-rich deposits that don't resemble the composition of the rest of the meteorite. Both the presence of the deposits and their makeup are consistent with what the researchers carefully call "biotic activity," because saying we found evidence of space aliens would be way too exciting.

Although the meteorite in question "only" reached Earth 50,000 years ago, it's much older than that. The rock actually formed about 1.3 billion years ago from a Martian lava flow and was then expelled by a massive geological event around 12 million years ago. Scientists found it in Antarctica in 2000.

Martian meteorites are valuable to scientists because they offer a way to study Mars rock on Earth, which allows for more in-depth research than the Mars rover can handle. But do the findings offer anything conclusive? The study's lead author, Lauren White, is reluctant to enter the media circus that comes with claiming to have found life on Mars. But she does defend the study as an example of exciting science at work:

This is no smoking gun. We can never eliminate the possibility of contamination in any meteorite. But these features are nonetheless interesting and show that further studies of these meteorites should continue.