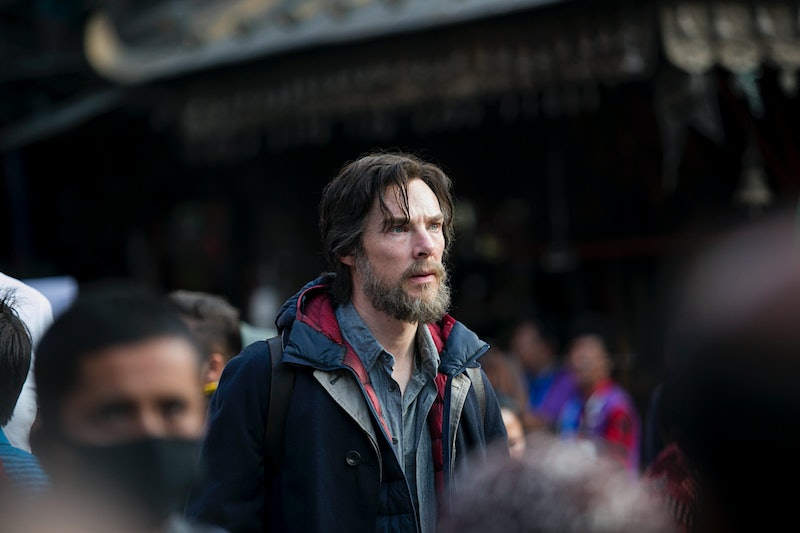 Much ado has been made over the casting of Tilda Swinton in Doctor Strange . The Academy Award-winning actress will be portraying the Ancient One, a character who is decidedly not a middle-aged white woman in the comics, but rather an elderly Himalayan man. While casting Swinton in the Marvel Cinematic Universe was undoubtedly a coup, it perhaps proved more trouble than it was worth thanks to the controversy surrounding the studio's whitewashing of the role. Now news is coming out that yet another character from the comics will be drastically altered for the Doctor Strange movie… only this time, the news is likely to be greeted much more positively.

Apart from Swinton and Benedict Cumberbatch as the titular spellcaster, the cast of Doctor Strange is full of famous faces like Rachel McAdams, Chiwetel Ejiofor, Mads Mikkelsen, and Benedict Wong. The latter actor — and star of Netflix's Marco Polo — plays Wong (yes, he shares his first name with his co-star and his last name with his character); in the comics, Wong is Stephen Strange's sidekick and personal valet, part of a family of Himalayan monks raised to serve the Sorcerer Supreme. However, in a recent interview with Den Of Geek, Wong (the actor) teased that Wong (the character) will have a whole new role in the upcoming Phase 3 film.

"I’m certainly not going to be the tea-making manservant. We’re heading in a different direction," he promised. "He’s more of a drill sergeant to Kamar-Taj [the fictional kingdom where the Ancient One resides]. He’s one of the masters of sorcery."

While it's encouraging to hear that Wong won't be playing a stereotype that solely exists to serve a powerful white man, it's the actor's last sentence that's actually the most intriguing. In the comics, Wong is an exceptionally skilled martial artist — but he's entirely human and entirely un-magical, not trained in any of the arts of sorcery like the Ancient One or the Sorcerer Supreme. But to hear Wong tell it, the MCU's version of Wong will be casting spells left and right.

The studio's decision to alter up Wong's role likely isn't a direct response to the controversy over Swinton's casting. After all, the firestorm didn't really hit until the release of the Doctor Strange teaser trailer, by which time the film was well into post-production. But it's impossible not to view the decision in contrast to that controversy: whether Wong's role was beefed up during reshoots or whether it was originally written that way, it can't help but feel like it was intended to in some small way compensate for the choices made surrounding the Ancient One.

We won't truly know how effectively Marvel handles the potentially tricky role of an Asian sidekick until Doctor Strange debuts on Nov. 4 of this year; it's probably best to withhold judgment — good or bad — until we can all see the movie for ourselves.

More like this
Michaela Coel Has Some *Thoughts* About The Nepo Baby Discourse
By Maxine Harrison
Twitter Is Overjoyed By Angela Bassett’s Record-Making Oscar Nomination
By Maxine Harrison
The 'Scream 6' Trailer Shows Off Hayden Panettiere's Return & Ghostface In NYC
By Jack Irvin and Jake Viswanath
Rupert Grint Just Shared A *Major* Update About Ron Weasley’s Future
By El Hunt
Get Even More From Bustle — Sign Up For The Newsletter
From hair trends to relationship advice, our daily newsletter has everything you need to sound like a person who’s on TikTok, even if you aren’t.