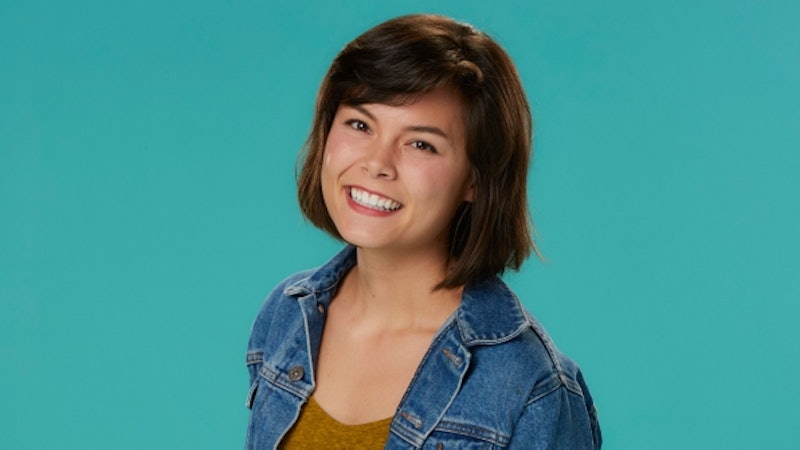 When it comes to Big Brother (or at least Big Brother watching), showmances make the world go 'round. Shifting alliances and tricky house politics are certainly interesting in their own right, but there's nothing like a little interpersonal drama — usually fueled by excessive makeout sessions — to make things really interesting. So it's always kind of a bummer when BB contestants show up with significant others already at home. After all, what's the fun in that? But in the case of Big Brother 18 contestant Bridgette — a player who arrived as a quiet and very sweet Houseguest — it seemed a showmance was seemingly never in the cards after she admitted to having a boyfriend in an early BB bio. But who is Bridgette's boyfriend?

Fitting with her low-key status on the show, she hasn't revealed who he is publicly — her Instagram and Facebook are private, and she's all but nonexistent on Twitter, making reading up on this player pretty hard. Based on the way she's promised to play the game, this isn't totally shocking — after all, she's entered into an all-girl alliance under the pseudonym "Spunky Spy," so we can pretty easily assume she's a fan of keeping secrets.

But, even though normal human decency would indicate that having a boyfriend makes BB boys off limits, a mild showmance (or even just a suggestion of one) isn't outside of the realm of possibility. In fact, there have been plenty of showmances that weren't necessarily on the up and up during Big Brother's history. (I'm looking at you, Liz and Austin.) And, even if she doesn't plan on committing to actual cheating, it does look like she's been, shall we say, fraternizing with Paulie on the live feeds, a move that has me questioning her entire game.

Bridgette! Remember your strategy? Staying low-key, keeping to yourself, then "blow[ing] them all away"? She mentioned on the live feeds that Victoria from BB 16 was her favorite player, and it seemed as though she might be well on her way to executing her under-the-radar plan, but starting a showmance as one of the few committed people on the show could blow the whole thing up.

To put the whole thing in perspective, it's probably important to remember it is Paulie after all, a dude pretty much intent on flirting with every girl in the house, and considering he was just caught canoodling with Zakiyah the other day on the feeds, it might be unfair to read too deeply into this kind of contact. Still, if I could sit Bridgette down for just a second, I'd remind her it's not an awesome look to spend some serious cuddle time with a fellow contestant and then declare to the live feeds how much you miss your boyfriend. (Or anyway, it made me feel pretty icky.)

We'll have to keep watching to see how the rest of this shakes out — this would-be infidelity could all be for strategy rather than for a pretty face — after all, if I know anything Big Brother, it's that things are rarely as they seem.

More like this
Pete Davidson Runs To Shower With Kim K In 'The Kardashians' Season 2 Trailer
By Jake Viswanath
'The Bachelorette’s Logan Was Sent Home Early After Testing Positive For COVID
By Kadin Burnett
All The Celebrity Relatives Revealed On 'Claim To Fame' So Far
By Brad Witter
Where Is Clayton Echard Now? The Former 'Bachelor' Star Is Dating Susie Evans
By Kadin Burnett
Get Even More From Bustle — Sign Up For The Newsletter