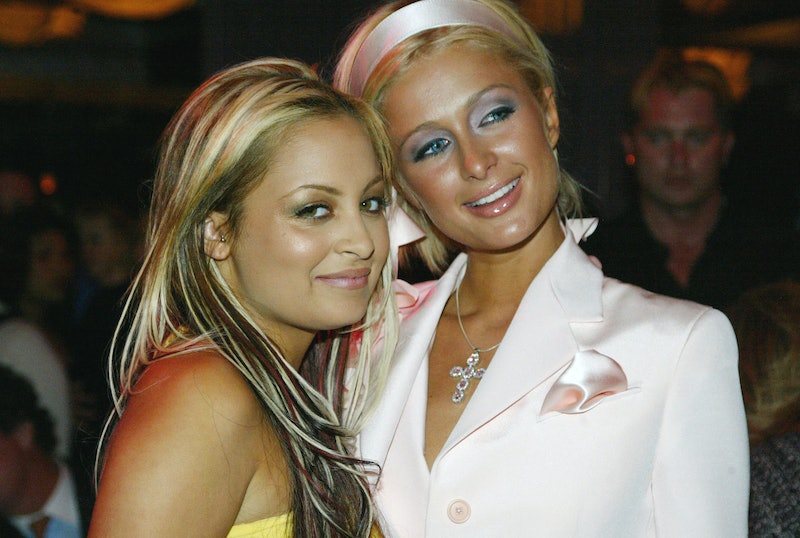 To be honest, pretty much everything I love comes frosted — donuts, cereal, and of course, lip gloss. Time travel back to the '90s and what do you get? An era where the frosted lip was the beauty trend of the moment. From the celebrity circuit to the general public, every pout was dressed in sheen. In fact, the '90s frosted lip was the Kylie Jenner lip of its generation — AKA, the coveted look girls sought to perfect via lip wands and compact mirrors.

In case your memory needs a bit of jogging, the '90s frosted lip was all about the gloss — heavy on the shine, and not much else. Bonus points if the lippie came in a nude pink hue. While the matte pout dominates the beauty scene today, decades ago, the secret to the million dollar smile was not just in the pearly whites, but the lip gloss. Moderation is not your friend in this case; after all, the key to building the ultimate frosted lip is complete saturation. I like to think of it as packing on the gloss until it hits Saran Wrap status. That will be it — that will be when you know you've made it.

It comes at no surprise that the frosted lip of our childhood is having a comeback. On the catwalk, the frosted lip was given the high fashion treatment à la Tom Ford. Lupita Nyong'o is known to sport icy lips on the red carpet. Countless brands have had a hand at their own rendition of lustrous glosses, promising customers utmost shine and the dream smolder.

But before you dive into your own frosted lippie, take a look back at these celebrities who rocked the OG '90s frosted lip.

Confession: I worship the altar of Nicole Richie and Paris Hilton, all thanks to my many episodes of The Simple Life years back. It's no surprise that the socialite duo takes their gloss game very seriously — after all, their glitzy lives are a Hollywood production in itself.

Best friends that wear frosted lips together, stay together (at least, for a while anyway...)

The Princess of Pop was also quite a fan of the frosted lip.

This photo brings back a wave of nostalgia — and not just because of the frosted lip, but young Cameron Diaz and Matt Dillion. So innocent, so precious.

On-screen, Alicia Silverstone's other half/Cher Horowitz is clearly a gloss aficionadio, but even the actress herself was not immune from the powers of a satiny pout.

Ashlee Simpson opts for a more natural take on the frosted lip — I approve.

'90s ScarJo is the epitome of demure beauty. I'm also not shocked that she absolutely rocks sheeny lips — what beauty trend does Johansson not dazzle in?

While most go for the traditional bubblegum pink hue, Mariah Carey deviates from the norm. A vampy frosted lip is both dramatic and seductive — best of both worlds!

Kate Winslet's golden-watt smile always warms my heart — and this time, she's got a serving of frosted lip gloss to boot.

More like this
The "Washed Denim" Trend Is A Modern Way To Wear Blue Eyeshadow
By Olivia Rose Ferreiro
Here Are All 703 Outfits Rachel Wore On Friends
By Kat George
The Very Best Deals From Ulta's Massive Black Friday 2022 Sale
By Audrey Noble
How To Get Wednesday's "Soft Goth" Lip, Straight From The Makeup Designer
By Audrey Noble
Get Even More From Bustle — Sign Up For The Newsletter