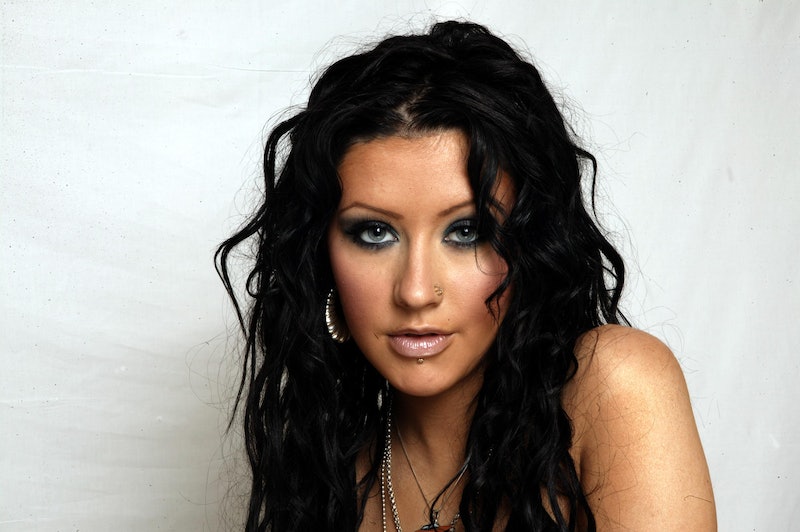 Feeling nostalgic over the early '00s is the first way to work out what level millennial a person is: They're generally either openly happy about growing up in possibly the best decade or more mad at the crap economy/environment/etc we've been left with. Obsessing over early '00s beauty trends, for example, is probably a sign of clinging onto the times when we were too innocent to know how badly student loans were going to mess up our lives.

This type of finish was different from the metal mattes Kylie Jenner is schilling right now. It involved a sheen of icy sparkles on your lips, usually making them look a hell of a lot drier than they actually were. We thought we looked like ice princesses, but it probably looked more like we were dying of frostbite. When looking back on the time of our teenhood, frosted lips were literally everywhere, worn on everyone. So what happened? Why were we so easy to let go of our frosted lipstick? And when will the look return?

Whether layered on top of a lipstick — as exampled above — or left to shine all on its own, frosted lips were a look that I adored in the early '00s and that I can't wait to come back into the fashion world. Because who wouldn't want more glitter in their lives, am I right?

I know that this may just be my own personal act of nostalgia, as an outspoken glitter adorer both as a preteen and now, bringing back frosted lip colors would be totally in my own self interest. The nude and neutral obsession both with lips and fashion just doesn't tie in with what I want out of life: to be outrageously sparkly on every part of my being, including my lips.

So either you're with me or you're against me. Either you're a true millennial, who wants to bring back anything and everything from our innocent pasts, or you're just a lame poser who just doesn't remember and doesn't care. If you're a part of the first group, please join me in my petition to not only remember frosted lips for the beauty brilliance that they were, but organize a resurgence of this early '00s trend.