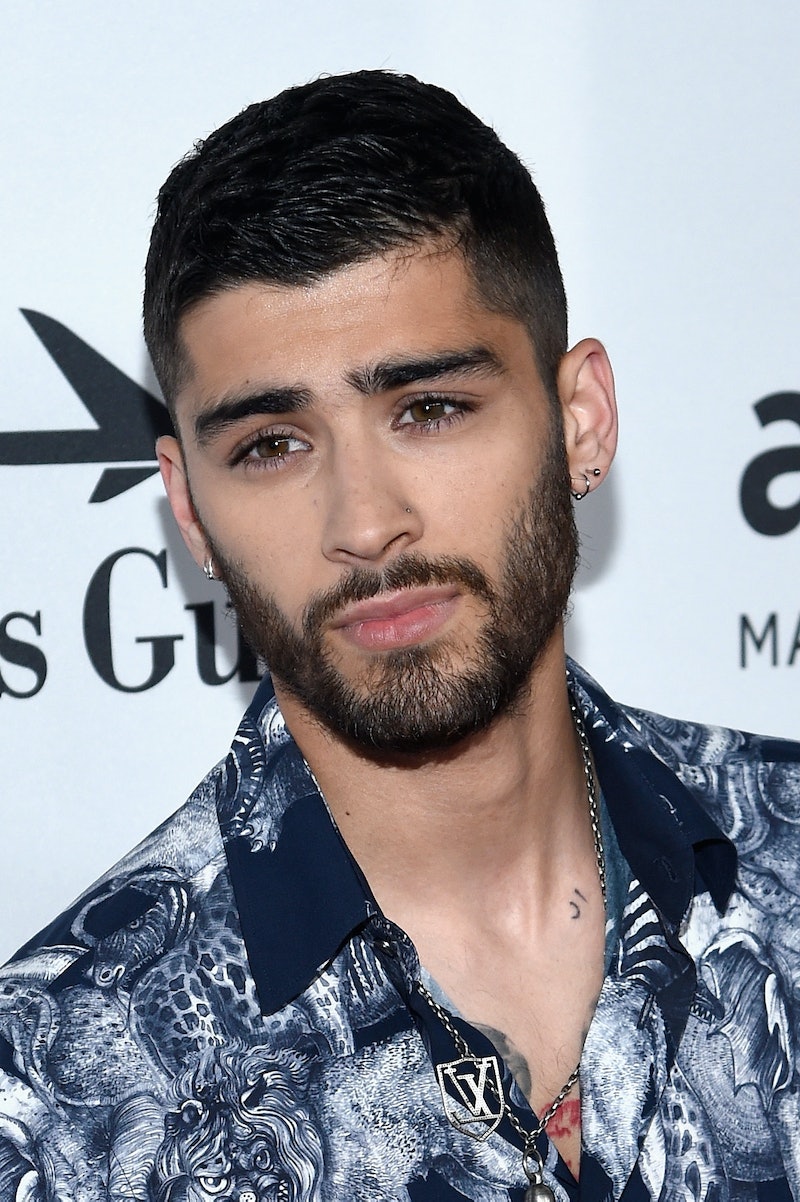 When stars go on tour, they usually release some pretty sweet merchandise, but in a strange turn of events, Zayn Malik released merch for his tour — but he's not on tour yet. I mean, he's Zayn, he can make his own rules, duh. But how much is Zayn's 'Mind of Mine' merchandise going to cost you? Good news: It won't totally break your bank.

Though many of the items from the 23 piece collection look like standard tour merchandise, there are also some that are seriously cool. Like, you'd wear these on the regs and not look like an obsessed fan, kind of thing. For example, did you catch Gigi Hadid's embroidered bomber jacket this week? Malik has a similar option — a hoodie with his name on it in Arabic, so it's your incognito way to rep your love for the singer. Brilliant.

The collection features tees, tanks, and pullovers for both men and women, and was designed to be versatile and actually wearable. "Everything was created with the idea that this is something I would want to wear," Zayn told Vogue . So just how much is it going to cost you? The items range from $30 for a tee to $60 for a sweatshirt, so that's pretty reasonable.

Check out some of the standouts:

You can never go wrong with a simple white tee.

Want to show your Zayn Malik pride a little more? A silhouette tee is the next step.

The comfy (and cheaper) way to do Gigi's bomber jacket.

It's summertime — stock up on those tanks.

If you need some inspiration for how to wear your favorite Zayn Malik merch, look no further than Gigi Hadid herself: