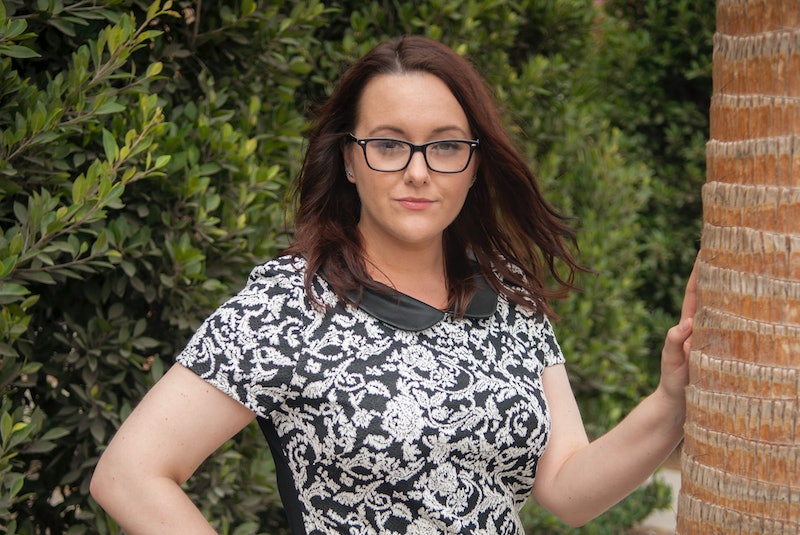 The words "yes" and "no" are two of the clearest and easiest to learn in any language. Yet, when it comes to rape culture, the idea that consent within a sexual assault was somehow unclear, or that there was a miscommunication, or the worst of all, "she wanted it/asked for it/didn't say no," is frequently trotted out to defend the rapist. This shameful lack of support for rape victims is why it took me a decade to admit, even to myself, that I was raped.

I was 17, a virgin, and drunk at a party. There were no strangers at this party, only classmates I knew and people I trusted. I drank way too much. The majority of the night is gone from my memory, but two words, and two vivid images remain: Me laying down, saying "no" and him looking down at me, saying "Shhh."

The next morning was a mix of confusion and fear. I remember my friend driving me home and briefly asking if I was okay, while the following thoughts whipped around my brain in a cyclone: What had happened? Did we hook up? We couldn't have had sex, right? No. He wouldn't have done that. He's such a nice guy. I was way too drunk. I said no, didn't I? So okay then. If I said no, we must not have. None of this matters anyway because I can't remember. That's on me, I guess.

When I got home, I found the blood on my underwear and on my thighs. As reality started to sink in, my brain tried to protect me from the truth, and quickly justified the blood as an early period, or random spotting. Maybe my cherry was popped through some other mild sexual act. Because there was no way my virginity was taken from me in a drunken haze when I remember saying "no," right? Right?

I might not remember the entire evening, but I know what was taken from me, and I know who took it.

I started to panic. Then I thought, since I can't remember, I can't report anything. And he's a well-liked guy, so this will only backfire on me. Nobody will believe me. They will think I was asking for it. They'll tell me I shouldn't have had so much to drink. If I don't remember the rest, then it must not have happened.

I stuffed the truth deep down inside of me, and convinced myself that I was still a virgin, I was not raped, and I would be just fine. Sadly, there was even a part of me that rationalized that we just hooked up, and maybe he liked me. I hoped that time would heal the part of me that still wondered what happened, and I would eventually forget about the whole thing.

I did forget, for several years.

Then, as I started nearing the big 3-0, I started to really love my body. I became more sexually confident, and more confident in general. Yet, there was still something blocking my path to reaching that blissful level of don't-give-a-f***dom that so often arrives in our third decade on Earth. When I tried to assess what that might be, I saw his face.

Around age 27, this started happening so often that I felt physically compelled to say the words aloud: "I was raped." I might not remember the entire evening, but I know what was taken from me, and I know who took it.

And whether losing your v-card is a sacred thing to you, or something you desperately want to toss out the window so you can fast forward through the awkwardness and get straight to the fun, the choice should always be yours to make — as with every single sexual encounter throughout your life. No means no. And a lack of a response is a "no." Unless there's clear consent, it's rape. The sooner we all understand and accept that, the sooner our society can evolve into something a little less dangerous for women.

Since Emily Doe's heroic statement, more survivors have emerged to take back their power, and give other survivors a voice. All of them, every single one, have gotten me to this place of acceptance and healing. That's a debt I can never repay, but will be eternally grateful for.

My silence ends here. And even though I have no idea what comes next, at least the fear and shame are gone.