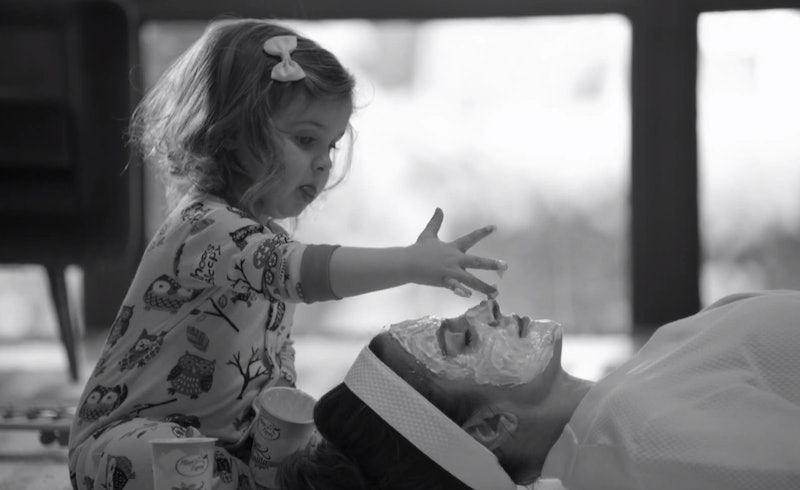 Was that a new Tina Fey commercial? Was that Tina Fey eating waffles? Wait: were those Tina Fey's real-life daughters? The answer to all of those questions is mostly yes (the girls in the commercial — as opposed to the print ad — are tiny actresses)! Which begs the next question: Isn't Tina Fey the best? Tina Fey is just the best. As proven by her charming and wonderful new American Express advertisements which make us actually not hate watching advertisements, for once. It's hyperbolic, sure, but also accurate. Because who else could pull off a spotlight-stealing moment during the 2014 Oscar Awards with a quippy, funny bit in black and white (other than June Squibb in Nebraska, of course)? No one. Literally no one (OK except maybe Amy Poehler). The funny lady/hero of the world/brilliant mind made up of everything good/mother to the future comedic overlords of the universe took her trademark hilarity to the spots, proving to be far and away the funniest moments of the Academy Award evening.

Because who else could eat potpourri, seduce a body pillow (with nary a James Franco in site), rock the chin of a teenager, get a yogurt facial, freebase dryer sheets, and mispronounce the Flemish word "dinges" with the grace and style of a brazen and inquisitive shiba inu? Only Tina Fey. Because when you're Tina Fey, everything you do is a brilliantly wonderful hilarious experience crafted in such a way that turns the Internet and most human people with eyes into blathering, over-excited automatons of Fey worship. It's just the world we live in now, America. Soak it up.

We love you, somehow normal but totally out-of-this-world humanperson, Tina.