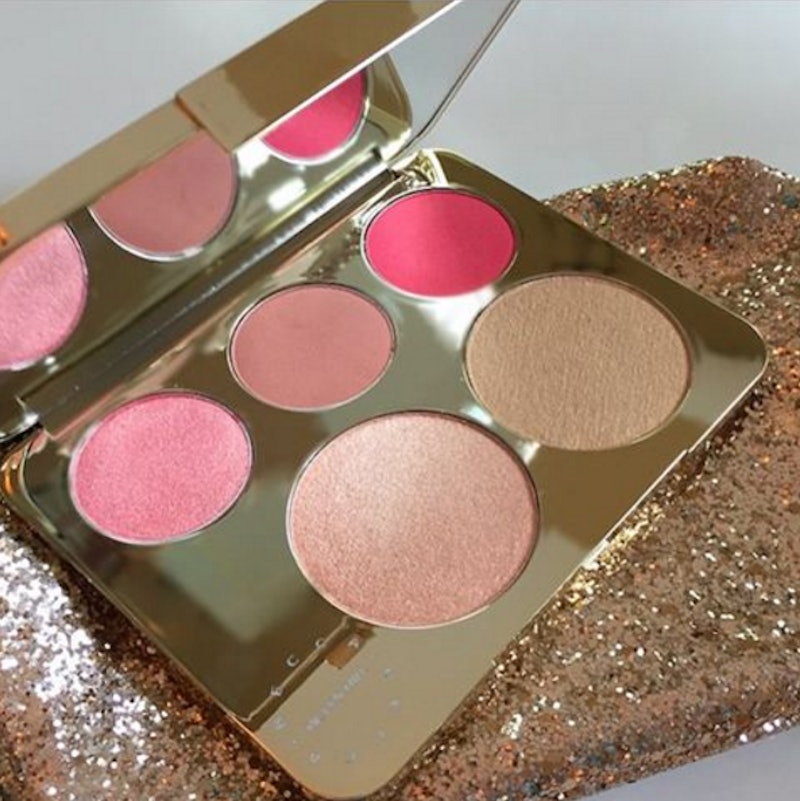 It's only been a few short weeks since the BECCA x Jaclyn Hill Champagne Glow Collection launched in Sephora stores nationwide. While the collection is sold out online, there seems to be some still left in stores. If you're wondering how you can locate the golden palette, Twitter is here to help. According to Jaclyn Hill's Snapchat, #FindingChampagnePop will help fans of BECCA x Jaclyn Hill find the Champagne Collection face palette so that they can glow their way through summer in true Jaclyn Hill fashion. That's right. While you may have been thinking that the Champagne Glow Face Palette was unattainable, you just may be able to get your hands on it yet.

The #FindingChampagnePop campaign just goes to show the popularity of the collaboration. On Wednesday night, when Hill took to her Snapchat to announce the hashtag campaign, she also explained that originally, she believed the collection would at least last until the end of summer. Turns out, Hill underestimated just how successful the palette and entire collection would be. If you'd taken the time to troll Twitter about the BECCA x Jaclyn Hill collab, you'd definitely know that fans were basically freaking out.

Perhaps because of these freak outs, BECCA launched the campaign. So how do you participate? If you tweet #FindingChampagnePop to BECCA with your city or zip code, you'll get a response with the nearest store that still has the face palette in stock. Basically, the collab of the year can still be yours, and that social media stalking for news of the palette, hasn't been in vain.

The social media upheaval over the initial early release at the launch party and again at the official launch a few weeks ago may be what caused the #FindChampagnePop campaign began. After all, the Twitter reactions speak to just how incredible the collaboration is. Not only is it powered by Hill's fans, but it's also powered by makeup junkies to appreciate a great product.

Since the #FindingChampagnePop campaign helps fans of BECCA x Jaclyn Hill get the face palette, there's no excuse not to go out and snag it. Whether it's five miles or fifty miles, its yours for the taking, and who wouldn't want it?