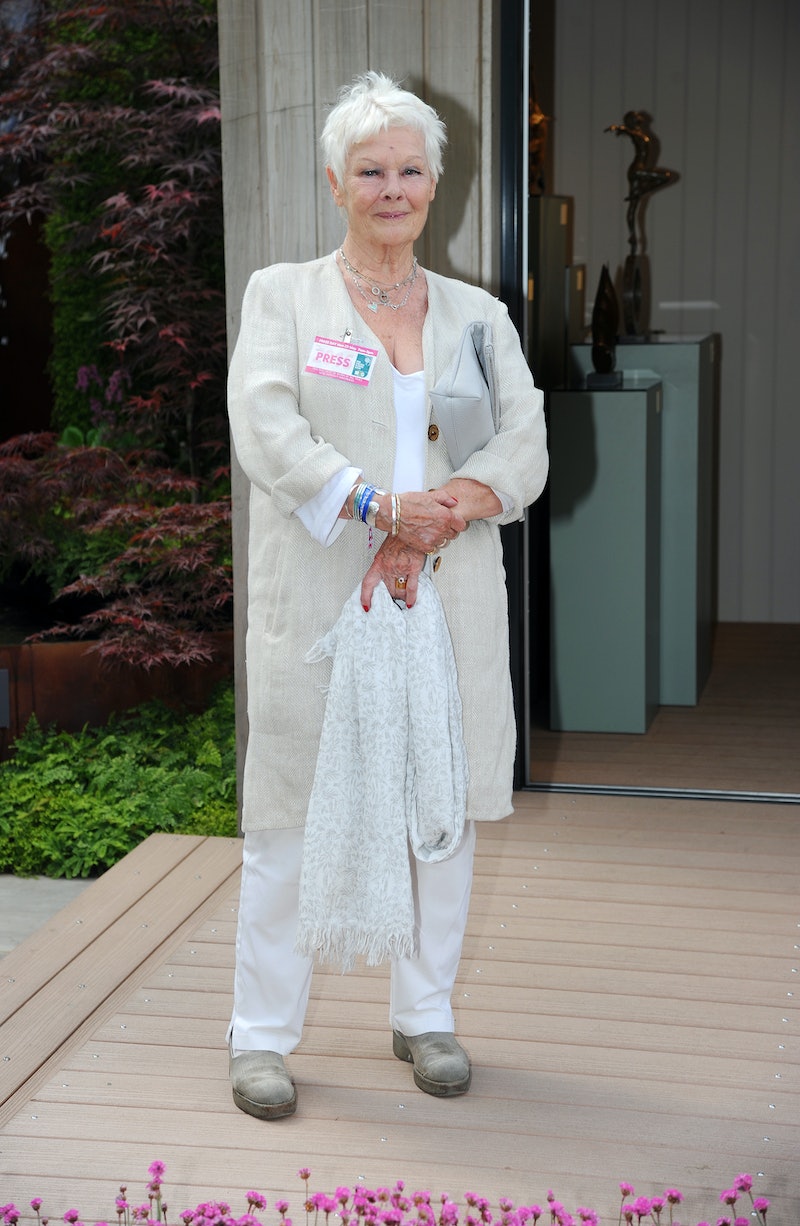 Judi Dench is #TattooGoals and she just totally and completely won my heart. Yes, she is a flawless actress and is pretty much England's version of Meryl Streep in terms of astonishing talent. But Dame Judi Dench got her first tattoo to celebrate her 81st birthday back in December and it's only now making the rounds. Still, Dench made a major statement about tattoos and about life in general with her very first inking. What does Judi Dench's tattoo mean and why is it so freakin' rad?

Well, Dench got the Latin phrase "Carpe Diem," which translates to "Seize the Day," inscribed on the inside of her right wrist. Yes, it's a super common phrase and one that received a pop culture boost from the film Dead Poet's Society. But Dench's tattoo is proof that you are never too old to get inked and you are never past the period where you can suck the marrow out of each day of your life. She's the coolest octogenarian there is and she just became a source of inspo to fans of all ages.

Main takeaway: The concept of "seizing the day" is ageless, as are tattoos.

Dench admitted to The Surrey Mirror that the tattoo was a gift from her daughter, giving it even more meaning. The iconic actress said, "That's my motto: Seize the day. Finty gave it to me for my 81st birthday – she's wonderful with surprises."

You can see Dench's tattoo as she shakes hands. It's such a classic, classy inking and it's in a great location. It can be as visible or as hidden as she wants it to be, based on sleeve length and accessories. But she clearly is not hiding it; she's seizing the moment.

With her trademark English wit, Dench joked that she was teased about the tat while appearing in a Shakespearean play. "Mind you, the company of A Winter's Tale, which I was doing at the time, used to say that it said 'fish of the day.'"

Dame Helen Mirren, another beloved British actress, also has a tattoo on her hand. Irish actor Colin Farrell also has the "Carpe Diem" phrase inked on his person.