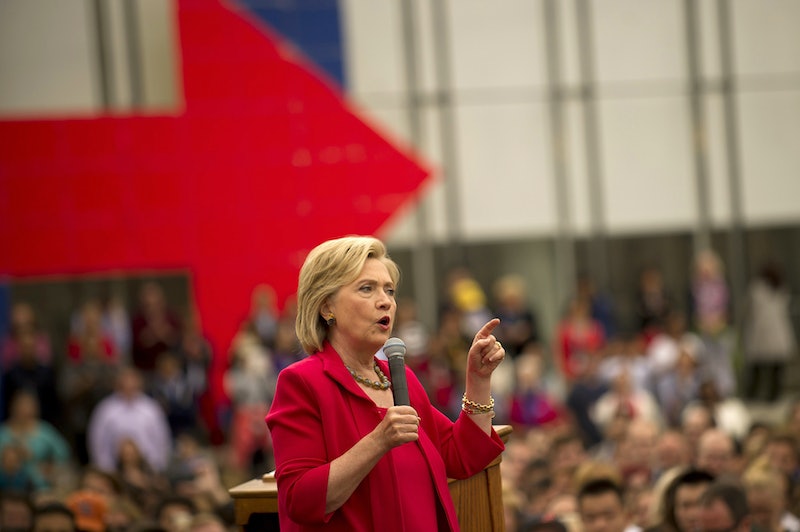 The 2016 U.S. presidential election is almost in full swing, as candidates continue campaigning before the conventions this July. For the presumptive Democratic nominee, Hillary Clinton, that involves stops with some of her longtime political friends. Clinton will be holding a campaign event with Vice President Joe Biden in his hometown of Scranton, Pennsylvania. Clinton also has a campaign stop and joint appearance planned with President Obama next Tuesday in Charlotte, North Carolina. All this is to say that a Clinton presidency would be an extension of the Obama administration — or in other words, business as usual.

In a fundraising email on Wednesday night, the vice president referred to Clinton as a "force of nature." He endorsed her campaign earlier in June. Obama also endorsed his former secretary of state earlier this month, stating, "Look, I know how hard this job can be. That's why I know Hillary will be so good at it." As secretary of state, Clinton pushed more hawkish military action in the Middle East, North Africa, and South Asia, such as air strikes in Syria, escalating the war in Afghanistan, and intervention in Libya.

Obama will continue working with the Clinton campaign. "He’ll definitely spend time rallying his supporters. But he will also be engaging communities where people are making up their minds, where they are looking to have a discussion about the choice they are facing," Jen Psaki, the president’s communications director, told The New York Times.

The primary races have shown that American support is tilting toward anti-establishment figures. This is what allowed Vermont Sen. Bernie Sanders to garner so much support as a Democratic Socialist within the Democratic Party, as well as for presumptive GOP nominee Donald Trump to gain so much traction among voters who feel their voices are not heard. Voters have proven this year that they are sick of the status quo. But that's exactly what Clinton is giving them, especially by running a campaign with the help of the current administration.

Some of the more polarizing issues of this presidential election have included racial tensions in the United States, the economy, immigration and refugees, and national security. Sanders garnered support on the basis of addressing these issues by focusing on education over prison, rebuilding the middle class, raising the federal minimum wage, and reforming the campaign financing system. Trump has built his support base on the opposite spectrum by mobilizing hateful rhetoric based in fear, white entitlement, and "Blue Lives Matter."

But Clinton has long walked down the more moderate path between these two candidates, and working with the Obama administration to continue building her platform proves just that. Would a Clinton presidency be much different than what we have seen over the last eight years with Obama? Or perhaps that's where some of her supporters are coming from — she's familiar.