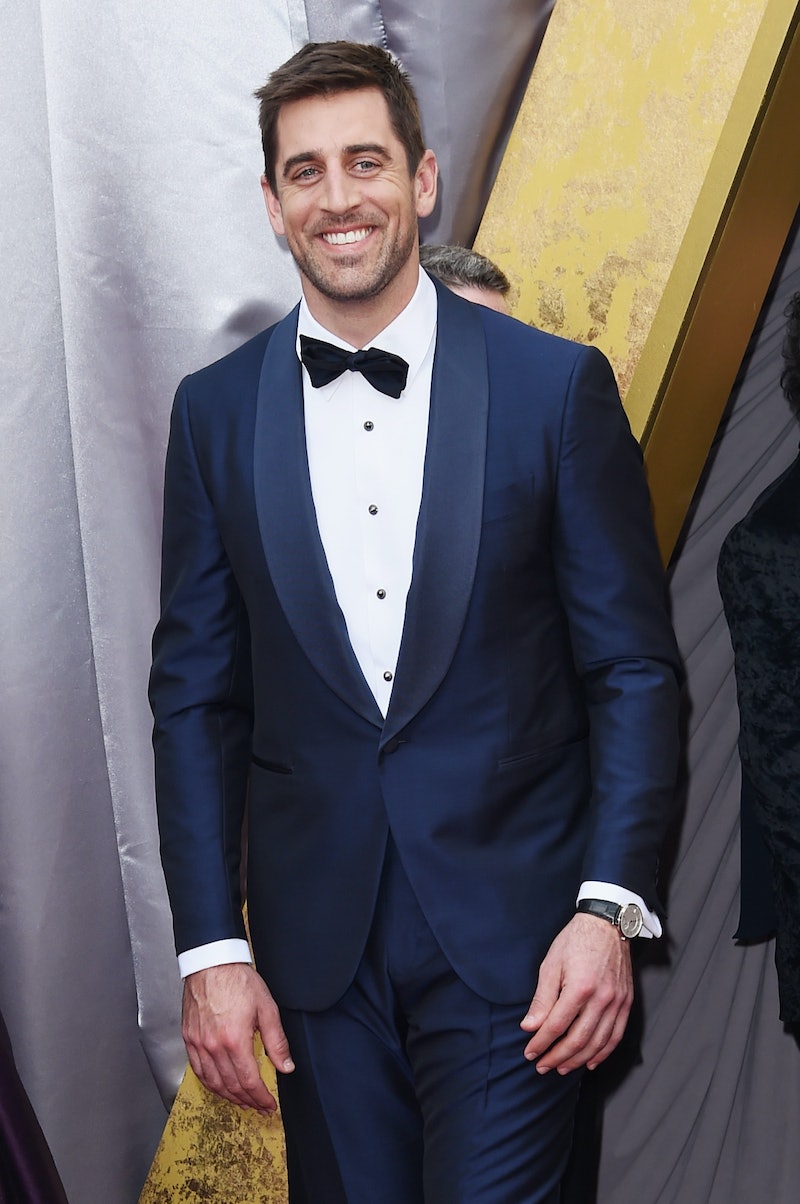 Ever since it was revealed that Jordan Rodgers would be a contestant on The Bachelorette , people have been wondering whether or not his NFL quarterback brother, Aaron Rodgers, would make an appearance on the show. While Jordan’s spot in the top four hasn’t been confirmed, I think it’s obvious that the connection between him and JoJo Fletcher is undeniable. There’s pretty much no way Jordan is not getting a hometown date. However despite his frontrunner status, I wouldn’t get your hopes up when it comes to seeing Aaron Rodgers on The Bachelorette . It’s pretty clear at this point, Jordan and Aaron aren’t super close.

There were rumors that Jordan and Aaron may have a strained relationship and it seems like he confirmed those rumors during a recent interview. When asked about his big bro on Katie Nolan’s Garbage Time podcast, he replied, "Um, we have a relationship. You know, it's complicated. I'll say that." She then asked if Aaron watches the show, but Jordan sounded unsure. “Everybody watches the show, so yeah," he joked, adding "I think so, yeah." He also said Aaron has not given him any pointers on his kissing skills.

Regardless of what is going on with their relationship, it doesn't seem like a good idea to bring him on the show, anyway. Here's why.

He Would Be Distracting

This is meant to be a big moment for Jordan and JoJo. It seems like bringing Aaron on the show would take the focus away from their relationship. Even though it's important to meet the whole family, it seems like they would focus on Jordan and Aaron's relationship instead of JoJo and the family.

Too Much Football Talk

Not that I don't love talking about football, but this seems like a major football family and we should keep the ball talk to a minimum. That may not happen if Aaron comes to visit.

Apparently Aaron's longtime girlfriend Olivia Munn is pals with Jordan's ex-girlfriend, Brittany Farrar, and it seems like a complicated situation. Not long ago, she alleged Jordan cheated on Instagram, writing in a caption, "Riding the bench doesn't get in the way of a relationship, but cheating does." As fans have seen, Jordan denied cheating on his girlfriend on The Bachelorette, but still, the last thing JoJo needs to deal with is ex drama or family members wanting Jordan to be with someone else.

It Would Overshadow The Other Guys

If Aaron Rodgers is there, the other guys' families probably won't impress her as much giving Jordan an unfair advantage.

We Want To Focus On Jordan's Parents

I found this clip of them and they are too cute. I'd rather get to know them than have the cameras on Aaron the whole time.

Now we'll just have to wait and see what happens. Aaron or not, this date is going to be a good one.