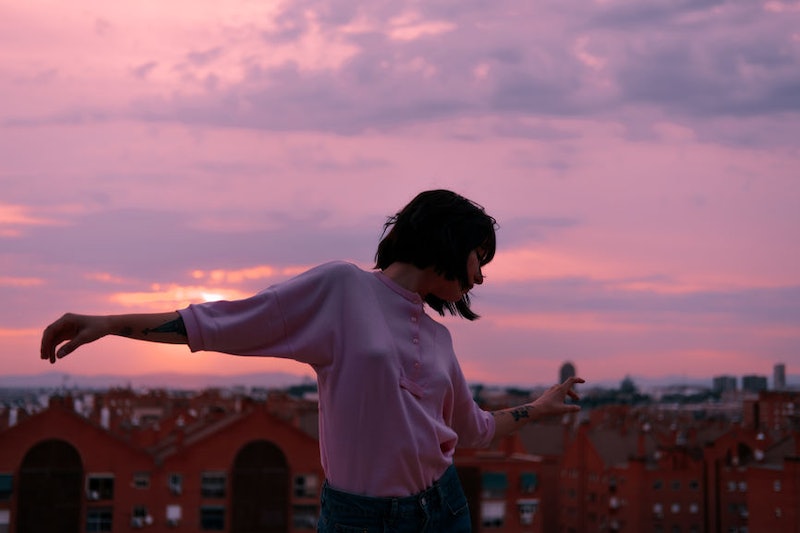 As you are enjoying a long weekend of celebrating the Fourth of July with your friends and family, here is some data to ruin your week. Check out this terrifying statistic — according to the SK-II Global Dreams Index Survey, 50 percent of women in the world say they've given up on their dreams such that they are unsatisfied with their lives. Yes, you read that correctly — half. Half of all women on Earth have stopped trying to achieve the life that they dreamed they would live.

For the survey, 5,400 women in 14 countries participated. The United States comes in just on the wrong side of global average at 47.5 percent of respondents answering that they had abandoned their dreams as they got older and life became more about checking boxes and taking care of responsibilities. That seems like nothing compared to the alarming statistics coming out of Asia — 81 percent of Japanese women and 67 percent of Korean women reported giving up on their dreams.

On June 21, luxury skincare company SK-II launched a "Dream Again" initiative, hosting several events across the globe from the Great Wall of China to New York's Madison Square Park encouraging women to, well, "Dream Again." In New York City, children surprised grownup women with a challenge — dream big and get back in touch with the aspirations that they may have let fall by the wayside. In China, huge banners of children proclaiming their wildest dreams were displayed to empower the older, more jaded adults.

If you're not sobbing uncontrollably yet, you can check out SK-II's #changedestiny short film that the company made as a part of its Dream Again campaign.

We can do something about this statistic today. If you're not living to achieve your dreams, take a tiny step toward making that dream a reality. Take a cooking class, pick up a paint brush, just start writing that story that's gathering dust on the shelves of your imagination. So, from me to all the rest of you reluctant adult women out there, do dream big. According to the survey, 82 percent of women who chased their dreams report being satisfied with their lives on the whole. That's a decent gamble, as far as I'm concerned.

Check out SK-II's infographic here, which sums up the survey's findings, and get inspired to do something big.

More like this
5 Crystals To Manifest More Money
By Megan McCarty
Sandra Bullock, Girlboss Extraordinaire
By Matt Harkins & Viviana Olen
11 Trends From The ‘90s That Made You Feel So Cool
By Julie Sprankles
4 Most Outspoken Zodiac Signs
By Kristine Fellizar
Get Even More From Bustle — Sign Up For The Newsletter