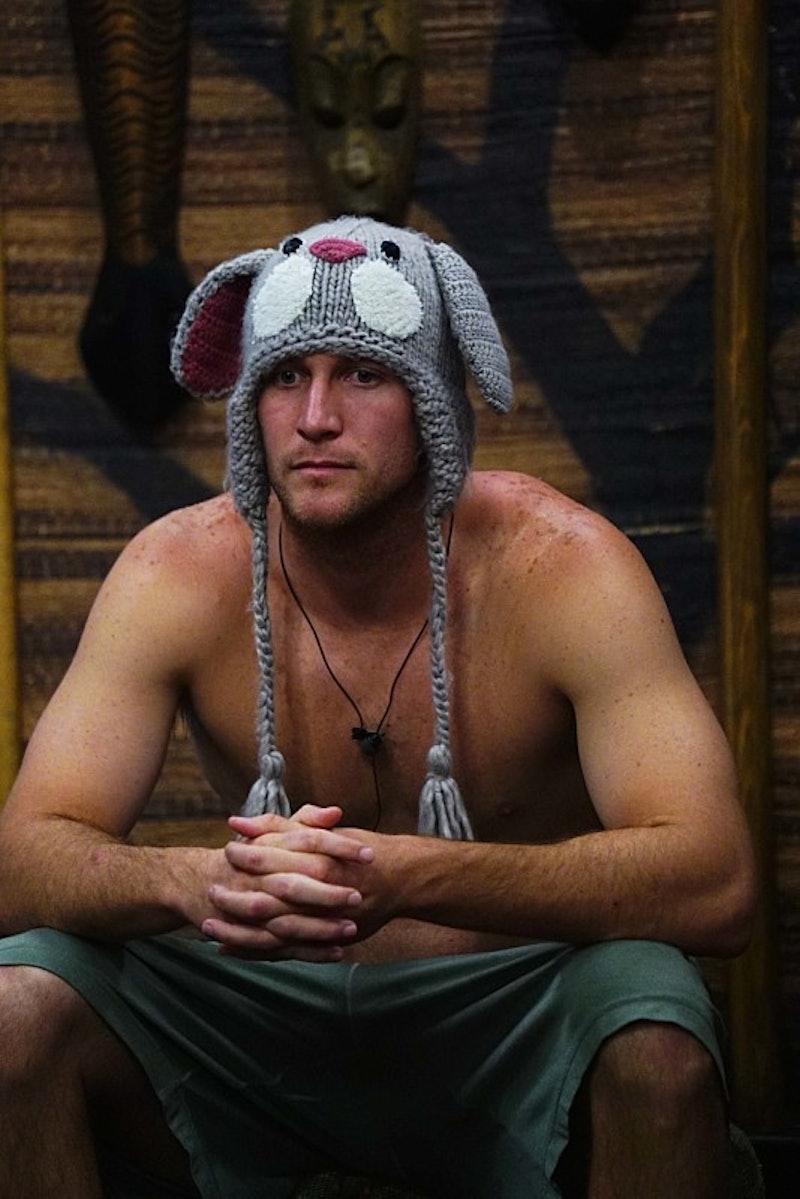 Can you believe that Big Brother is now in its 18th season in the United States? (I feel like the UK does like four versions of BB a year.) Season 18 has just started, but even though we’re just starting to get to know the new goldfish in America’s collective tank, some “showmances,” as they’re dubbed in the house (aka when two people on a show get together romantically for love or for strategy) could already be taking place, namely between Corey Brooks and Big Brother 16 vet Nicole Franzel. But, is Corey Brooks from Big Brother 18 single? And, if so, will he stay that way, or will he be shacking up with Nicole to earn a better place in the house?

I can certainly see the benefits to engaging in a relationship with someone in the Big Brother house. For one, you have an instant ally — someone to hang out with, someone to defend you, and perhaps most importantly, someone to vote for you to stay in the house. There are myriad problems though — what if you split? It’s not like you can get away from each other. Other people in the house could resent you’re in a relationship and vote you and your partner out. Your ex could also try and turn everyone in the house against you. Oh, and all of America will watch your relationship, which could include doing the hibbity dibbity on a live Internet feed. Yeah, there seem to be more cons than pros.

Not that that’s ever stopped anyone before — even though the odds are traditionally stacked against you for long-term dating prospects after filming wraps, Nicole had a showmance with Hayden Voss on Big Brother 16. Though they dated for a while, Nicole came into the Big Brother 18 house single. From the looks of his Instagram, Corey came into the house, single, too — he basically lives in a giant frat house (but like, for older guys), and he spends a lot of time with his bros. No time for women in his life right now, especially right before going into the Big Brother house.

When Entertainment Tonight asked some of the new houseguests if they would be down to find a little bit of showmance, Corey said, “If it hurts my game, you can forget it.” He added, “It’s definitely a possibility.” So which is it, Corey? I’m in the never-say-never camp myself, but I think Corey’s saying that is just a little bit of good old strategy. Don’t say you don’t want a showmance, so if the possibility of one comes up and it seems like a decision that will get you closer to winning, you can take it.

There’s not a rose or a wedding or a ring at stake here — the Big Brother 18 prize is $500,000. I would take $500,000 over a relationship that will last eight weeks any day of the week, and I think that Corey feels the same way. He’s single, unquestionably. He may have fun with Nicole in that Big Brother 18 house, but when push comes to shove, he’ll likely go for the money without blinking an eye. Wouldn’t you?