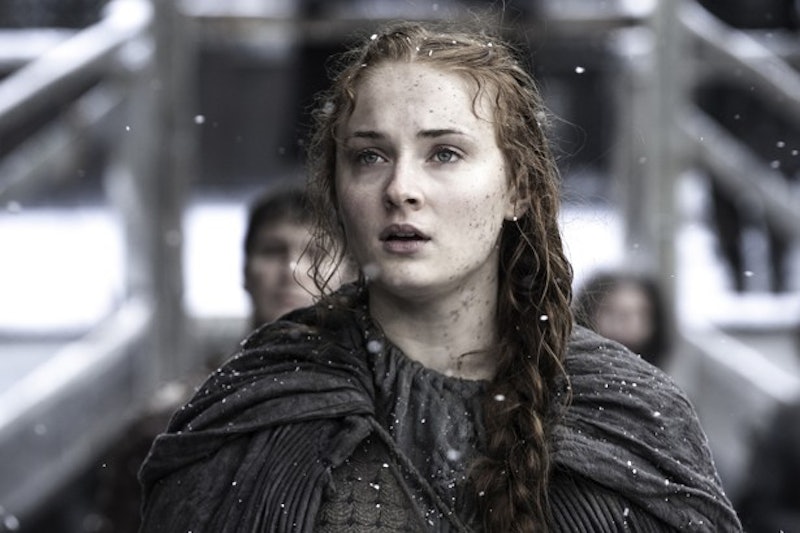 Remember the simpler time when the show was young and we didn't have to wonder things like, will Season 8 of Game of Thrones go beyond the books? We book-readers could just hunker down, smug in the knowledge that whatever happened in any given episode, we probably already knew it was coming. It's the only way I survived the Red Wedding with my wits intact. But now we're in this brave new world where we've gone beyond any written materials in the series, and we're all kind of shakily feeling our way forward together. So let's talk Season 8. And yes, I'm aware that what we all just watched was the finale of Season 6, so an entire seventh season and two years or so stand between us and this eventuality, but we need to talk about it. Or I do, anyway, because if I can't feverishly speculate about Game of Thrones before it comes back on the air, I will almost certainly lose my mind.

So, Season 8. As things stand now, that season will unquestionably go beyond the books, because we already had to break that ground in Season 6. The last time we saw any new material from A Song Of Ice And Fire author George R.R. Martin was the fifth book in the series, A Dance With Dragons , which came out in 2011. Season 5 of the show dispatched that material prettily handily, so we've been moving into the brave unknown so far, and presumably you can assume the same would be true of Seasons 7 and 8. Except. The real wildcard here is The Winds Of Winter, the sixth book in the series; fans have been clamoring for it essentially since the moment A Dance With Dragons hit the shelves, but as of now, we don't even have a release date for the tome.

But once we do, whenever that may be, the release of The Winds Of Winter will understandably change everything. We have no idea where the forthcoming books and the existing show have diverged, so it's possible that even though the show is beyond the books now, it would get looped back in with the addition of new material. Maybe Book 6 will introduce a character that Season 8 would want so badly that the writers would scoop him or her up, to be plopped directly into the series' plot. Maybe the show and the books will be so wildly divergent that they serve more as companion pieces to one another. Or maybe TWoW doesn't come out before Season 7 (or ever, oh god), and my initial statement about the show continuing to move beyond the books will be correct, and I'll have worried myself to death over nothing.

It truly is anyone's game (of thrones) at this point, but I think we can all agree that things would be a lot easier to predict if Martin would just put that sixth book out. Please, dude? I'm not sure I can make it to next season without some kind of Westerosi distraction.