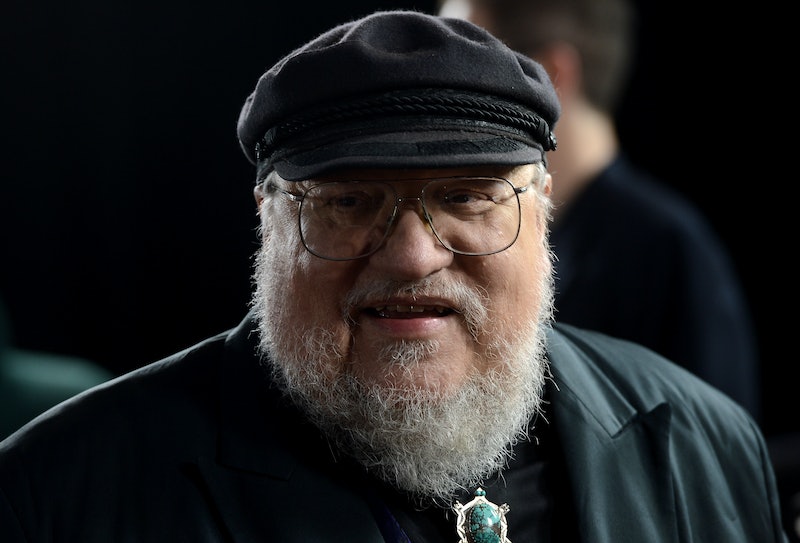 A couple of weeks ago, author George R.R. Martin delivered his cruelest twist since the Red Wedding to his legions of impatient fans by officially announcing that the sixth book in his A Song Of Ice And Fire series, The Winds Of Winter , would not be published before Game Of Thrones Season 6 hit the airwaves this April. The author admitted that he had missed the October deadline that would have been necessary for the book to hit shelves by March. But missed deadline notwithstanding; before, after, or during Game Of Thrones; it doesn't matter — The Winds Of Winter has to come out in 2016. It just has to.

Why is this calendar year such an urgent deadline? Because of Thrones' long and intense production schedule. Unlike most traditional network television shows, which simply write their scripts a few episodes ahead at a time as the series is shooting, all 10 Thrones scripts have to be completely written before the season can begin filming. Since production on Thrones is as complex as many feature films — with two or three units filming simultaneously in different countries, often out of chronological order — all the pages have to be locked down well before this process begins and all the units go their separate ways.

Every season of Thrones typically begins shooting in July of each year and, according to producer Bryan Cogman, all 10 scripts for the season are typically completed "well before" that starting point. In fact, Cogman says that the writers have their first official meeting for every season in January of each year, while filming is still underway for the season before. That means that the Thrones team is meeting sometime right around now to start outlining Season 7, and they'll be done writing it sometime in the next several months. So even if The Winds Of Winter HAD hit its planned March 2016 release date, it still would have been too late to affect anything showrunners David Benioff and D.B. Weiss have planned for Season 7, premiering in April of 2017.

Can you see yet why a 2016 release date is so important for TWOW? If the book doesn't come out until this time next year (or even later) it will be too late to have any sort of impact on the eighth — and what's likely to be the final — season of Game Of Thrones . If Martin wants to have any sort of influence over the outcome of the show he helped create, he needs to get the next book published sometime this year. (Granted, Thrones will probably be well past the events of TWOW by Season 8, but given how drastically different the show and the books are becoming, there may very well be some plot points from the sixth book that are skipped over by the show that could become crucial later on.)

Unfortunately, a 2016 publication date is looking increasingly like a long shot. During his disappointing announcement, Martin sought to calm fears by assuring us all that, "Yes, there's a lot written. Hundreds of pages. Dozens of chapters." But given the fact that the fifth book, A Dance With Dragons, was 1,040 pages long with 73 chapters, the thought that all the author has accomplished in the six-and-a-half years since that book was published is a few hundred pages and a couple of dozen chapters isn't exactly comforting. And as this chart reveals, at Martin's current rate we should be expecting TWOW sometime in 2017, and A Dream Of Spring not until sometime in 2023... if the White Walkers haven't invaded and zombified us all before then.