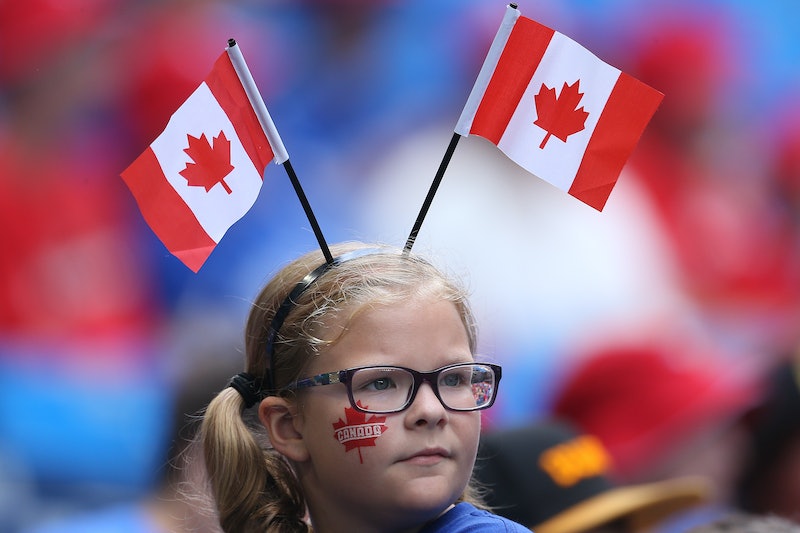 In literature, as in almost any other category, Canadian voices often get lumped in with those from the U.S. There are plenty of distinct Canadian authors everyone should read, however, and the list of great Canadian novels goes far beyond Anne of Green Gables.

To a whole lot of non-Canadians, the Great White North seems like a bizzaro version of the U.S., in which everyone is polite, the Queen is still on the money, and more than one fifth of the population speaks French as their first language.

Contrary to popular belief, Canada is a lot more than the States' nicer, younger sibling. In many ways, it has more to offer. And, no, I'm not just talking about Canada being a respite from Donald Trump, a source of poutine, or even the closest supplier of Kinder Surprise Eggs.

As one of the most diverse countries in the world, Canada has a rich and varied culture, and that wealth of diversity extends to its literature. You needn't be familiar with Canada in order to access the country's must-read books and authors from the comfort of your own home. And trust me: even if the only Canadian writers you can come up with are Margaret Atwood and L.M. Montgomery, you will still find plenty of books to fall in love with.

Once you're done here, be sure to share your favorite Canadian writers with me on Twitter. These are the Canadian authors everyone should read.

No list of great Canadian writers would be complete without Margaret Atwood. The author of The Handmaid's Tale and The Heart Goes Last has won the Arthur C. Clarke Award and Booker Prize, among other honors.

Governor General's Award-winning author Kim Thúy was born in Vietnam during the Tet Offensive. Her family fled the country on boats, later settling in Quebec, where Thúy worked as an interpreter, studied law, and became a restaurateur.

Another legend of Canadian literature, short story writer Alice Munro is the winner of numerous, prestigious honors, including the Booker and Nobel Prizes.

Click here to buy Lives of Girls and Women.

As a young child, Joy Kogawa was among the people of Japanese descent interned by the Canadian government during World War II. Her semi-autobiographical novel of that period, Obasan , is often included in Asian-American Literature courses at U.S. universities.

Kim Fu was born in Vancouver and currently lives in Washington. Her debut novel, For Today I Am a Boy , was shortlisted for the 2015 Lambda Literary Award for Transgender Fiction.

Click here to buy For Today I Am a Boy.

Ann Y.K. Choi was born in Chungju, South Korea, and moved to Canada in 1975. At the time of this writing, she is completing her MFA in Creative Writing at San Diego's National University.

Trinidadian-born author Dionne Brand immigrated to Canada to attend college. She is the author of several works of non-fiction and poetry, including Rivers Have Sources, Trees Have Roots and Ossuaries .

Click here to buy Rivers Have Sources, Trees Have Roots , Ossuaries , and What We All Long For.

Born in Vancouver to Japanese-Canadian parents interned during World War II, Lynne Kutsukake did not become fascinated with her ancestral culture until she moved to Tokyo to teach English.